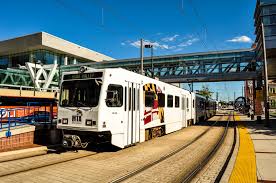 A budget shortfall has forced the MTA to cancel projects.

Baltimore lawmakers were questioning Maryland Secretary of Transportation Pete Rahn on a $2 billion shortfall for capital transit projects over the next 10 years. The six-year budget calls for a 10 percent cut in current spending levels. Rahn is in the midst of a “road show” to check on the funding priorities with officials all over the state. He was in Baltimore on Sept. 27.

Baltimore Director of Transportation Steve Sharkey says the money is there, but is instead being used for an increase in spending on highway and road projects. Rahn understands the need for more transit funding and says the reduction in funding for the Maryland Transit Administration (MTA) is the result of completing current capital projects efficiently.

The MTA, however, is struggling. The agency has been forced to cancel the Baltimore Red Line project, the Bayview MARC station project and the MARC Northeast Maintenance Yard job. The six-year spending plan is not going to help, either, as MTA is looking at losing $345 million.

Baltimore Mayor Jack Young released a statement, pointing out that his city’s economy depends on improving the transit system. Enhancing and expanding transit service, he says, is a top priority in the Baltimore region.

On Friday, Baltimore lawmakers demanded that Rahn find a way to replace the funding they will be losing in the coming years. Rahn responded by saying they only way that is going to happen is if money is pulled from other areas.