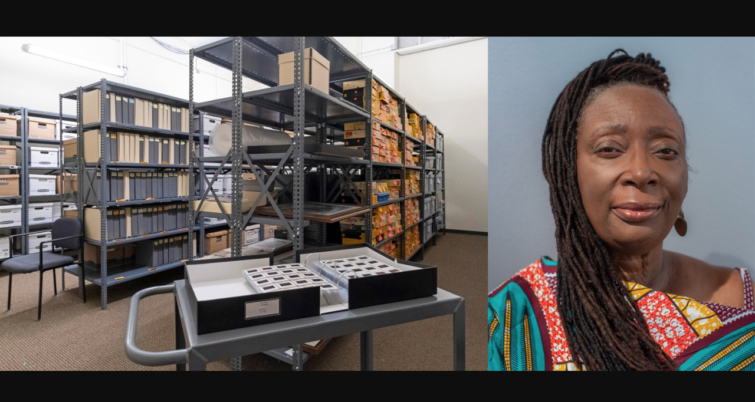 The Center for Railroad Photography and Art of Madison, Wis., and independent author Sandra Jackson-Opoku of Chicago have received research fellowships from the Railway & Locomotive Historical Society.

The two research fellowships, in the amount of $2,500 each, are awarded annually to new and established scholars in support of research and publication of railroad history, according to R&LHS. They were named for well-known railroad scholars William D. Middleton (1928-2011)—a civil engineer, author, historian and photographer who wrote more than 20 books and some 700 magazine articles on railroad or transit history and operations, and a longtime Railway Age Contributing Editor—and Smithsonian Institution Transportation Curator and Senior Historian Emeritus John H. White Jr.—an author of more than a dozen books and some 150 articles on railroad history, much of it concentrated on locomotives, cars and operating practices of the 19th century.

The Center for Railroad Photography and Art plans to use the R&LHS grant to help sort, categorize and conserve two photographic collections to make them accessible for public research, R&LHS reported. The collections are from James McClellan (1939-2016), a former Norfolk Southern (NS) executive, and Henry Posner III, Railroad Development Corporation (RDC) Chairman.

“These collections now exceed half-a-million images,” according to Center for Railroad Photography and Art Executive Director Scott Lothes. “Making them useful to [our] audiences requires research and due diligence as part of our archival processing efforts. Inherent to the process of making these collections available is ensuring that their metadata are accurate, detailed and searchable.”

Author of “My Life with Trains: Memoir of a Railroader” (Indiana University Press, 2017), McClellan’s career spanned almost a half-century. He worked at Southern Railway, New York Central, Penn Central, the Federal Railroad Administration, Amtrak, the U.S. Railway Administration, the Association of American Railroads, and NS in marketing, planning and policy roles. He retired from NS in 2003 as Senior Vice President Planning.

McClellan is best known for his strategic behind-the scenes work in the mid-1990s during the split of Conrail between NS and CSX. He is credited with NS’s so-called “go crazy” strategy that ultimately prevented CSX, whose chairman at the time was John Snow, from acquiring 100% of Conrail.

McClellan was among the core group of people in the U.S. Railway Administration who created Amtrak and laid the groundwork for Conrail, and later was a part of the teams that created NS from a merger of the Norfolk & Western and the Southern, in addition to his later involvement in the split of Conrail between NS (58%) and CSX (42%). Executives and planners relied on his railroading knowledge and interpretations of railroad system maps and rail traffic flows.

He is the focal point of several chapters in Rush Loving Jr.’s 2006 book, “The Men Who Loved Trains: The Story of Men Who Battled Greed to Save an Ailing Industry.” He was honored with Railway Age’s W. Graham Claytor Jr. Award for Distinguished Service to Passenger Transportation, and was named one of “75 People You Should Know” in the November 2015 issue of Trains magazine.

Jackson-Opoku is a retired academic; literary scholar; and award-winning author of prose, poetry and dramatic works. She is working on research and revisions of “Black Rice,” a historical novel that explores centuries-long connections between China and people of African descent, R&LHS reported.

“The role of Cantonese immigrants in building the Transcontinental Railroad is well-documented,” according to Jackson-Opoku. “Less recognized is their work on southern railroads, and the resulting contact zones that developed between the Chinese immigrants and African American communities.

“I’m interested in 19th-century Mississippi railroad culture, particularly as it relates to African American and Chinese American workers: divisions of labor, work songs and the Blues, culinary practices, sexual mores, class, gender and race. The completed work would explore, in the form of expressive literature, an interesting and under-examined field of railroad and labor history.

“Many railroads in the antebellum South—a hodgepodge system at best—were damaged or destroyed during the Civil War. Their repair and rebuilding was a major project of the Reconstruction and post-Reconstruction eras. The storied Illinois Central, once the longest railroad in history, became a major player is this effort. Incorporated in 1836, the IC ‘ironed the road’ from Chicago, south to Cairo and Centralia, northwest to Galena and Iowa. By the 1870s, it was acquiring, expanding and building in the South. One of those projects was the Yazoo & Mississippi River Valley Railroad (YMVR), which is the subject of my research.”

The two research fellowship “proposals could not be more different, but both were adjudged to be worthy of our support,” R&LHS President Robert Holzweiss said in the Dec. 23 announcement. “The Center applies every year and often receives funding, and Ms. Jackson-Opoku is a multi-year applicant, but first-time awardee.”