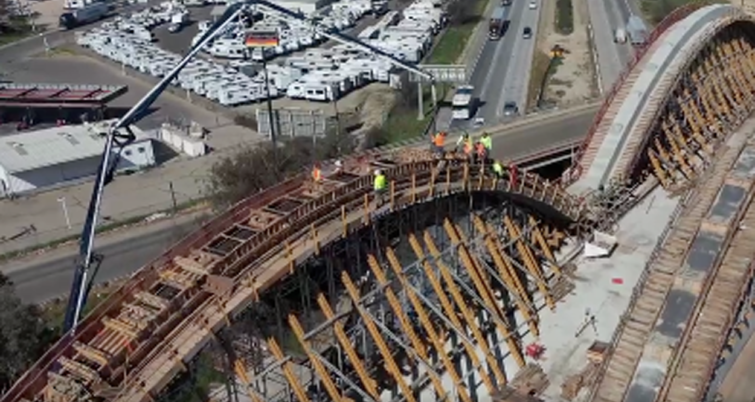 A dose of funding will help finish high-speed rail work in the Central Valley, but more money is needed.

It’s always good to have someone of authority holding the money bag.

After a long delay, California lawmakers finally released $4.2 billion in funding for the state’s high-speed rail project. The funding was passed by voters in 2008. Gov. Gavin Newsom signed the bill on June 30. However, as a trade out for the cash, an inspector general will be created for the high-speed rail project, which has experienced delays and cost overruns.

California, however, is not just funding high-speed rail. Thanks to an unprecedented $97.5 billion state budget surplus, other rail projects will receive some much-needed financial assistance, like the Caltrain electrification project and the BART light-rail line leading into downtown San Jose. As much as $3.65 billion will be given to track projects this year alone, and another $4 billion could spill out by 2025.

The high-speed rail funding should lead to track installation in the Central Valley en route to connecting Bakersfield to Merced. However, more money is still needed, a ton more. The project has ballooned to over $100 billion, and some experts believe the budget surplus gift, which was actually guaranteed money, will be the biggest dose of funding the project will receive over the next few years.