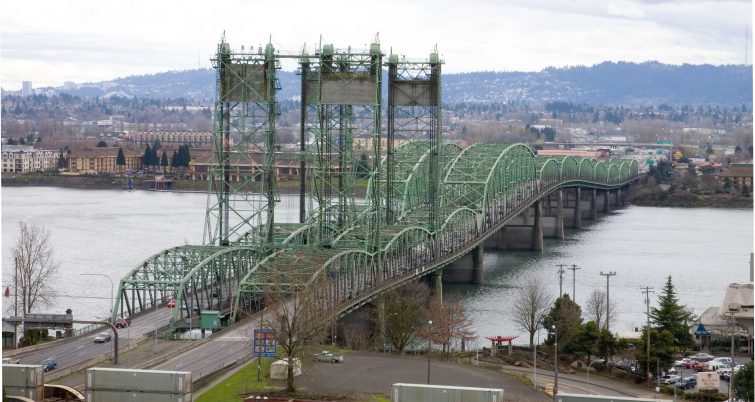 Officials will vote on using state money on a new I-5 bridge.

Nobody wants to see a twin killing outside of the game of baseball.

Back in 2013 a replacement of the I-5 bridge over the Columbia River, which separates the states of Washington and Oregon, was scratched when politics got in the way.

The design featured the extension of Portland’s MAX Yellow Line through downtown Vancouver, which was not favored in Washington State, and lawmakers responded by pulling state funds for the project.

Light rail is again at the center of a second attempt at a new I-5 bridge. This time, however, the terms are more general. The project’s bi-state legislative committee wants some form of high-capacity transit running across the bridge.

However, Rep. Earl Blumenauer (D-Ore.) stoked the fire once again when he said during an interview that light rail might have to be included if the project were to receive federal funding.

Officials have since rejected that notion. The technical feasibility of the light rail line in the bridge design could be an issue, and Clark County, Wash., residents have historically been against any form of light rail.

During the first attempt at executing a bridge project eight years ago, bus rapid transit was not even established in the region. A study has declared that both light rail and bus rapid transit are the only viable public transportation options for the bridge this time around.

The choice between the two modes will be based on data from transit models, population trends and the results of other studies that will be conducted over the next couple of years.