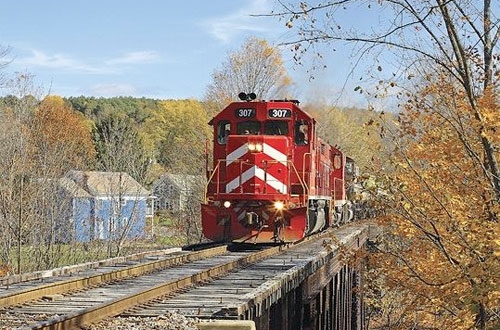 Overall, the bill allocates $52 billion in discretionary spending, but once the decline in Federal Housing Administration receipts are factored in, the bill reflects a $1.8-billion decrease versus current funding levels and $7.8-billion below the administration’s request.

“This bill makes responsible choices to trim programs while targeting taxpayer dollars where they are needed most –critical transportation and housing programs that our communities, our economy and our people rely on,” House Appropriations Chairman Hal Rogers (R-KY) said.

Transportation’s FY 2015 $17.1-billion appropriations is $727.3 million below the FY 2014 enacted level and $5.8 billion below President Obama’s request. The committee said funding is prioritized on programs and activities with national need or significance and that will help bolster the nation’s transportation system to support economic growth.

The Federal Railroad Administration is funded at $1.4 billion, a reduction of $193 million below current levels. Amtrak operations is budgeted at $340 million, $850 million is planned for capital grants and, as expected, no money was allocated for high-speed rail.

The bill also continues policy reforms for Amtrak, such as requiring overtime limits on Amtrak employees and prohibiting federal funding for routes where Amtrak offers a discount of 50 percent or more off normal, peak fares.

In addition, rail safety and research programs are funded at $220.5 million, $750,000 over the fiscal year 2014 enacted level to fund inspectors and training.

FTA’s Capital Investment Grants (New Starts) is provided $1.7 billion of the transit allocation for all current “Full Funding Grant Agreement” transit projects, and full funding for all state and local “Small Starts” projects that will begin in fiscal year 2015.

The bill cuts the seventh round of Transportation Investment Generating Economic Recovery (TIGER) grants by $500 million, allocating only $100 million, which is $1.15-billion below the administration’s request. In the first five rounds of the TIGER program the Department of Transportation received 5,200 applications requesting more than $114 billion for projects.

According to the committee, the legislation limits the use of [TIGER] grants to projects that will address critical transportation needs, such as road, highway and bridge construction and improvement, as well as port and railroad intermodal improvements. The legislation does not allow these funds to be used for what the committee deemed “non-essential purposes,” such as street-scaping, bike and/or pedestrian paths.

The committee said the bill “reflects responsible choices to reduce spending in lower-priority areas and seeks to make the most out of every tax dollar.” The bill is being considered in subcommittee on May 7.