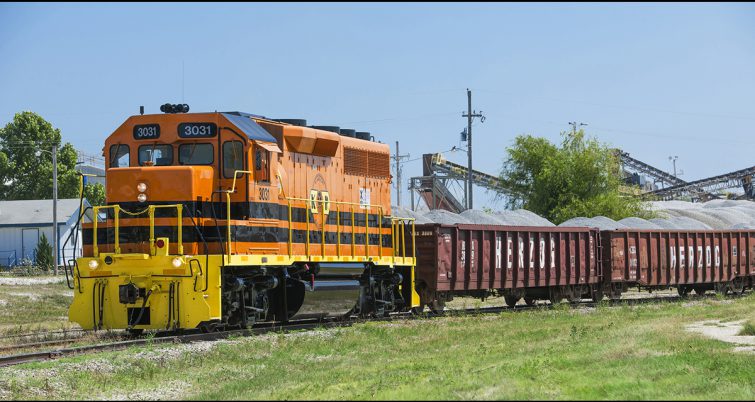 BNSF Railway Company (BNSF) has selected Kiamichi Railroad Company as its 2018 ‘Shortline of the Year’ during its annual Shortline Conference.

Kiamichi is a Class 3 shortline railroad serving Arkansas, Texas, and Oklahoma and interchanging with BNSF in Madill, Okla.

Kiamichi, a subsidiary of Genesee & Wyoming, was recognized for its commitment to safety, service, growth, investment and velocity.

Lieb also noted that the railroad has made significant investments in its infrastructure, leading to a 300 percent growth in its carload business with BNSF.

“We are a customer-focused railroad and have worked diligently to help our existing customers grow while bringing more businesses to our rail line,” said Ryan Englebright, Kiamichi’s general manager. “We have seen growth in transload facilities and attracted a new steel mill.”

Based in Richmond, Calif., RPRC has a seven-year injury-free safety record, has upgraded rail, and increased capacity to facilitate additional business.

The entire RPRC locomotive fleet has also been upgraded with modern power, which increases fuel efficiency and decreases their environmental footprint.