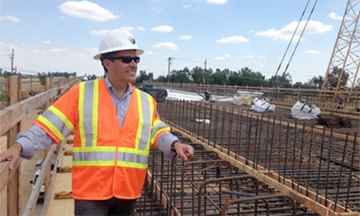 After five years of service for the California High-Speed Rail Authority Chief Executive Officer Jeff Morales announced that he will step down from his position early this summer after the Board of Directors is expected to select a replacement.

Morales was named chief executive officer in May 2012. The California High-Speed Rail Authority says Morales will work closely with the board to ensure the smooth transition of his successor. The Authority’s Board of Directors is expected to meet in the coming weeks to consider candidates before Morales officially departs on June 2, 2017.

Under Morales’ leadership, the Authority has:

Before serving as chief executive officer of the Authority, Morales was senior vice president of Parsons Brinckerhoff. He also previously served as executive vice president of the Chicago Transit Authority and as Director of the California Department of Transportation. His experience at the federal level includes serving as a member of President-Elect Obama’s transition team focusing on transportation, Vice President Al Gore’s National Performance Review, the White House Commission on Aviation Safety and Security, the U.S. Department of Transportation and as U.S. Senate staff.