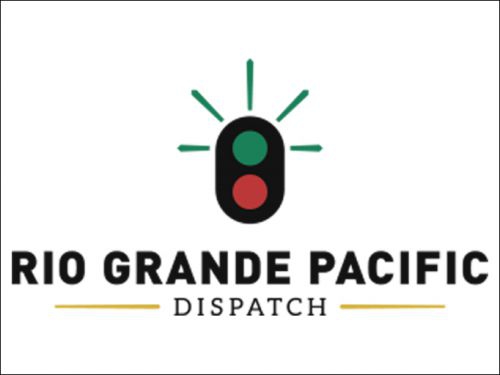 The company said that while its dispatching services originated as part of the Nebraska Central Railroad Co. more than a decade ago, the relocation of its dispatching center to Fort Worth, Tex., in 2016 necessitated a rebranding.

“The rebranding of RGP Dispatch, through its logo and name, was motivated by a desire to unify and simplify our organization in a cohesive way,” said Tres Meyer, vice president, operations. “Rio Grande Pacific is widely respected throughout the industry for its commitment to customer service. We’re proud to be part of the RGP family, and we wanted the new logo and the name to reflect that.”

The company’s refreshed logo includes a modernized railroad signal and incorporates the red, gold and green palette of its parent company. The updated typeface pays homage to the stylized fonts of legacy lines, with a modern twist.

“The most important piece of this rebranding is clarity: clarity of the service we provide and clarity of our identity,” said Orlando Quiroz, chief dispatcher.

Meyer said, “This new brand identity is a logical step for us, and it communicates to both current and potential customers that Rio Grande Pacific is a diverse corporation, that, through various subsidiaries, is uniquely positioned to the serve the many needs of the freight and transit industries. We’re beginning to look like a single family of brands serving a common purpose, and that’s tremendously exciting.”

The company provides around-the-clock primary and backup rail dispatching for 11 freight railroads and transit agencies over 2,000 miles of mainline track throughout the U.S.