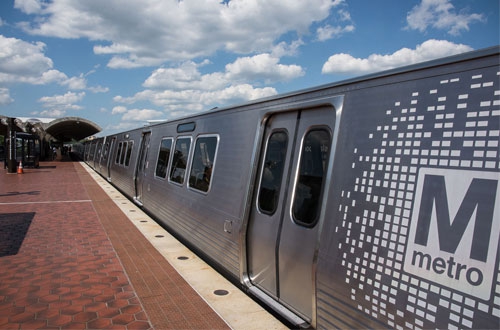 The Northern Virginia Transportation Commission (NVTC) has submitted its first legislatively mandated annual “Report on the Performance and Condition of the Washington Metropolitan Area Transit Authority” (WMATA) to Virginia’s Governor and General Assembly.

The report is due on Nov. 1 each year and presents data that officials said will be key to understanding how Metrorail is performing. The report is also intended to outline the commission’s priorities for managing WMATA’s operating costs.

“This report, the first of many, will serve as a baseline for future years,” said NVTC Chairman Paul Smedberg. “It will allow us, as we continue to track data, to paint a picture of improvements over time. The report is also a vehicle through which NVTC and its jurisdictions will share strategies that WMATA can use to manage costs and make its operations more efficient.”

Twenty-two short- and long-term strategies are included in the report that have been designed to minimize WMATA’s costs and to improve its operational efficiency. The NVTC said it created the strategies in coordination with its local jurisdictions, which are responsible for funding WMATA.

The NVTC has long been tasked with the funding of WMATA, officials note its responsibilities increased in 2018 with the passage of Virginia’s omnibus transit bill, which states that NVTC report on safety and reliability, financial performance and ridership.

As the transit agency begins to receive funds in the future from the recently-established Washington Metropolitan Area Transit Authority Capital Fund, the NVTC is expected to report on their usage to improve the safety and reliability of Metrorail.

“NVTC recognizes the importance of the commonwealth’s investment in WMATA and will continue to serve as a steward of its funds,” Smedberg said. “Future reports will detail WMATA’s expenditures as well as its efforts to restore riders’ confidence in Metrorail through improvements in safety and reliability.”