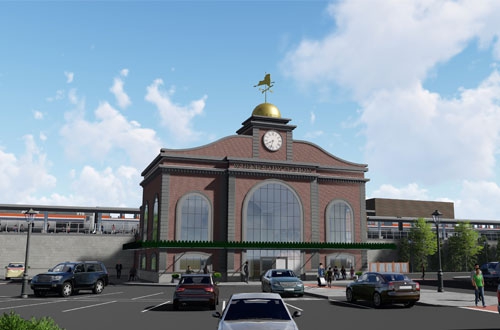 Demolition of the Schenectady Station is underway. The new, fully accessible rail station, which will connect travelers to places like New York City and Niagara Falls, has a projected cost of $23 million.

The project is in addition to $181 million in rail improvement projects recently completed along the Empire Corridor in the Capital Region.

“The new Schenectady Station will provide modern conveniences to rail travelers, support the continuing renaissance of the city’s downtown and create a new entryway to the community, helping connect it to the rest of the state,” New York Gov. Andrew Cuomo said. “This station, combined with other significant rail improvements in the area, will improve efficiency and reliability, enhancing the rail passenger experience throughout New York, and supporting our historic infrastructure investments statewide.”

Rep. Paul Tonko (D-NY-20) said, “The ongoing transformation of the Schenectady rail station adds to the investments in this community that will pay dividends for decades to come. Rebuilding this station not only adds to the safety and reliability of rail transportation in our region, it also supports our local economy including businesses and residents alike. I look forward to working with Gov. Cuomo and other state and local leaders to expand on efforts like this to rebuild our infrastructure and lay the groundwork for strong economic growth in Schenectady County and beyond.”