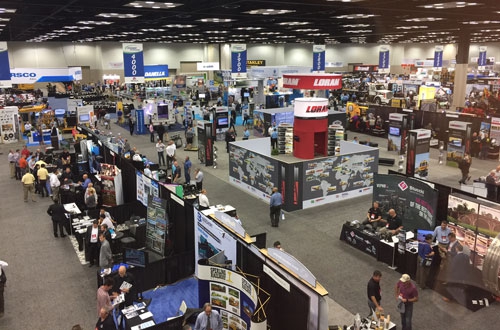 “The host organizations of Railway Interchange 2017 are pleased with overall attendance and industry support for the event, which has grown to be the leading North American railway exhibition and technical conference. Our entire AREMA program was very well-received this year,” said AREMA Executive Director and CEO Beth Caruso.

RSI President Tom Simpson said, “Our attendees and exhibitors are giving Railway Interchange 2017 good reviews; our goal is to constantly improve upon the experience for participants. Attendance for CMA sessions continues to grow because of the quality speakers and topics represented on their agendas.”

REMSA Executive Director David Tennent noted, “Demand for exhibit space has increased from the first Railway Interchange in 2011 to this year’s event, underscoring its reputation as the must-attend railway industry exhibition and technical conference in North America.”