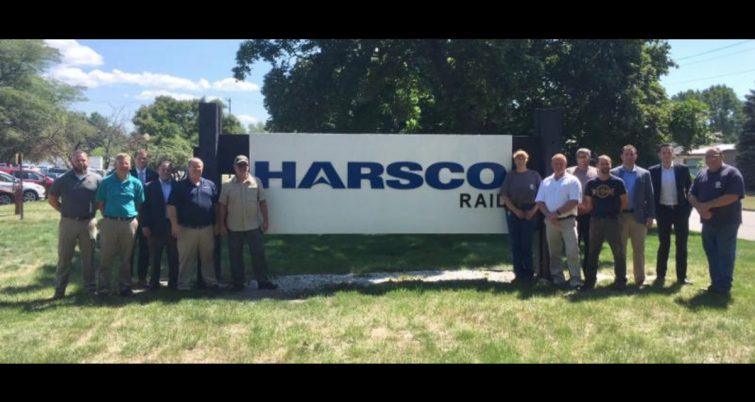 “On behalf of Harsco, our company would like to thank Sen. Peters for being a huge supporter of railroads, the rail industry,” and an advocate in Washington, D.C., for increased infrastructure investment, said NRC Board member and Harsco Vice President of North America Region & Global Contracting Allen Branham. “Harsco Rail is very proud of its long history creating engineering and manufacturing jobs in Ludington supporting the global railroad industry.”

Those who participated in the tour also took part in a discussion regarding the importance of trade and the movement of goods by rail between Canada and the U.S. Attendees also discussed the private nature of the U.S. freight railroad network, which does not rely on federal support to expand or maintain its network.

The group thanked Sen. Peters for supporting the Building Rail Access for Customers and the Economy (BRACE) Act, which officials said will allow the nation’s small, local freight railroads to boost their reinvestment for upgrades and expanding first and last mile of transportation infrastructure.

Those in attendance at the tour also emphasized the need to maintain the current federal limits for truck size and weight, stressing that at current weight and size limits, trucks cause more damage than they pay for on U.S. highways.