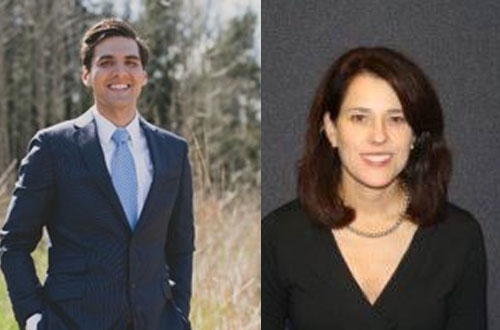 Patrick J. Fuchs, who hails from Wisconsin, and Michelle A. Schultz of Pennsylvania, will each be nominated for a five-year term.

The 2015 Surface Transportation Board Reauthorization Act increased the number of STB voting members from three to five. There are two members of the STB: Republican Ann Begeman, who serves as chairwoman and Democrat Deb Miller, who serves as vice chairwoman.

Fuchs is a senior professional staff member working on surface transportation and maritime issues for the United States Senate Committee on Commerce, Science, and Transportation under the leadership of Chairman John Thune (R-S.D.). The White House said Fuchs played an integral role in the development and enactment of major railroad legislation, including the first reauthorization of the Surface Transportation Board since its creation in 1996 and the first passenger rail reauthorization in more than seven years. Prior to serving Sen. Thune, he was a policy analyst and Presidential Management Fellow at the Office of Management and Budget, where he managed railroad and maritime regulatory reviews. He graduated with distinction in economics and political science and earned an M.P.A. from the University of Wisconsin, where he received the Director’s Achievement Award for his outstanding academic record.

Schultz serves as a deputy general counsel at the Southeastern Pennsylvania Transportation Authority (SEPTA). She also served as an associate with a law firm in Philadelphia prior to joining SEPTA. Schultz has clerked for the Superior Court of Pennsylvania and the United States Bankruptcy Court for the Eastern District of Pennsylvania. She holds a B.A. in English from the Pennsylvania State University; a J.D. from Widener University School of Law; and a Master of Governmental Administration from the University of Pennsylvania.

Schultz’s husband, James D. Schultz, was named Associate Counsel to the President and was part of a legal team who served under White House Council Donald McGahn with respect to Compliance and Ethics matters.