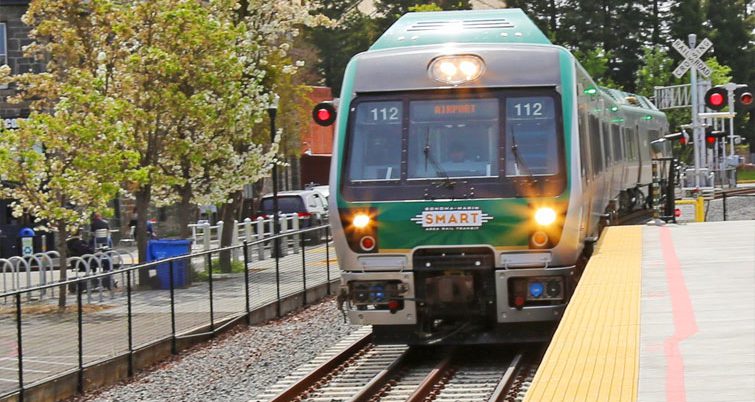 The Sonoma-Marin Area Rail Transit (SMART) Board of Directors approved or amended four contracts, worth approximately $24 million, that will propel the planned Windsor rail extension forward.

The Windsor Extension is the first of three extensions planned to occur north of Sonoma County Airport. The extension requires the rehabilitation of 3.3 miles of track. SMART secured $21 million in state transportation funds for the construction of the Windsor Extension in May and expects to receive close to $40 million from the voter approved Regional Measure 3.

The board also amended an existing contract with RailPros, Inc., to include preliminary design of the Windsor Extension, as well as a feasibility study regarding the extension of SMART service to Suisun City, Calif.

The other professional services contracts to be amended to support the Windsor Extension include a Stantec, Inc., contract to include the completion of biological field surveys for the extension and a WRA, Inc., contract to include environmental studies related to the Windsor Extension. Both companies will also perform services to support the Suisun Passenger Rail Feasibility Study.