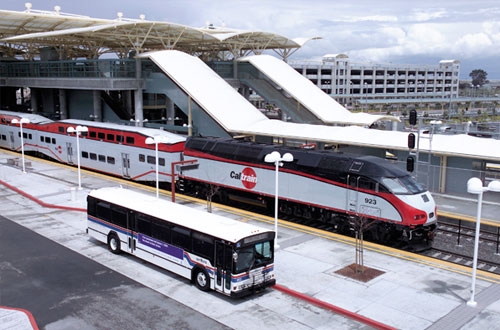 San Francisco’s Bay Area Rapid Transit (BART) received $140 million to purchase 46 new rail cars that will provide new service from the BART/Caltrain Millbrae Station directly to San Francisco International Airport. The funds will also help pay to lengthen all three rail storage tracks at the south end of the station, enabling the facility to handle BART’s maximum train length of 10 cars and make it possible to run longer trains from the East Bay to the airport.

The San Joaquin Council of Governments will receive $20.5 million for a double track project between Escalon and Stockton. This project will build 3.8 miles of double track and all related infrastructure on BNSF mainline and will improve the efficiency and on-time performance of the intercity rail passenger services on the San Joaquin Corridor, which operates from Bakersfield to Oakland and Bakersfield to Sacramento.

The city of Fairfield will receive $4.4 million for the Capitol Corridor Fairfield/Vacaville Train Station. The project will re-configure the mainline, siding and spur track geometry to improve both passenger and freight operations and improve access and safety for pedestrians, bicyclists and the handicapped for travel to either side of the tracks, as well as the passenger platform.