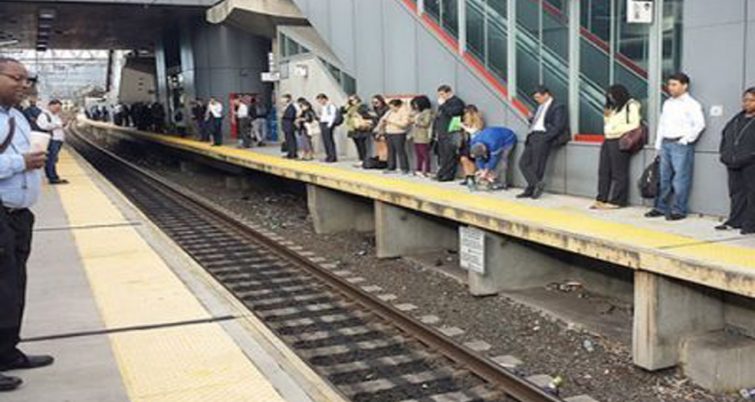 Metro-North is back in operation on the Hudson Line after Hurricane Ida.

MTA Metro-North Railroad announced on Sept. 16 that service frequencies will increase on the Hudson Line beginning on Monday Sept. 20, with weekday service returning to 82% of pre-pandemic levels and weekend service to 100% of pre-pandemic levels. The Hudson Line sustained significant damage after record rainfall from remnants of Hurricane Ida hit the area beginning on Sept. 1, continuing into the early morning hours of Sept. 2.

Some train times will be adjusted to reflect earlier departures and slightly longer trip times due to reduced capacity on the Hudson Line because of landslides and culvert damage caused by the storm.  Two tracks on an approximately six mile stretch between Greystone and Tarrytown stations remain out of service while crews continue restoration work. Customers should plan up to an extra five minutes of travel time while restoration work continues.

“I cannot emphasize enough the Herculean effort put forth by our crews in the two weeks since the storm ravaged our entire territory, especially the Hudson Line,” said Catherine Rinaldi, President of Metro-North Railroad. “It is because of their efforts that that we are now able to resume pre-Ida service levels beginning on Monday. I cannot thank everyone involved enough for their dedication and diligence.”

Metro-North was able to restore service on the Hudson Line on Tuesday, Sept. 7, just days after the remnants of Hurricane Ida unleashed record-setting rains in the region and damaged infrastructure along the line. Service since then has operated every half hour, with some trains operating hourly.

Following initial post-storm inspections and clearance of trees, vegetation and debris from the tracks, MTA crew members and contractors restored slopes and ballast that had been washed out by floodwaters at multiple locations throughout the Hudson Line, and installed more than 600 cubic yards of heavy stone fill to stabilize areas surrounding tracks for safe operation. Much of the work has been at Greystone, where waters cascaded down from Warburton Avenue creating a mudslide onto the tracks, and at Dobbs Ferry, where damage to a culvert has removed two tracks from service until permanent repairs can be made.

Metro-North reminds customers to check new.MTA.info, the MYmta.app, or Metro-North’s TrainTime app prior to traveling.