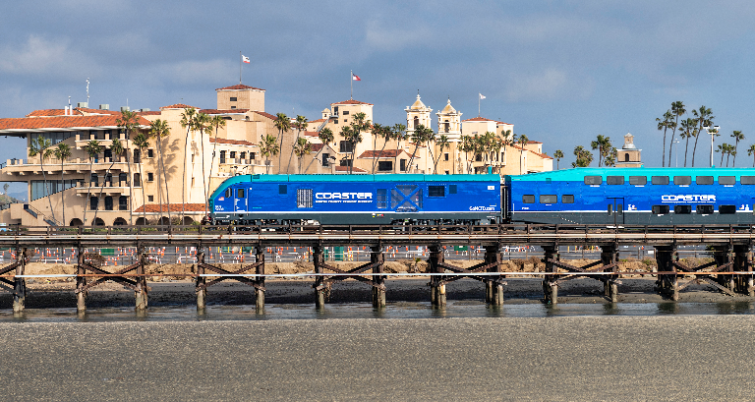 Rail traffic on the Del Mar bluffs is extremely high, pushing for the need to move the tracks.
NCTD

The North County Transit District (NCTD) has released a public update on the status of work along the Del Mar bluffs.

The North County Transit District (NCTD) [recently] issued a Public Update regarding its collaboration with the California Coastal Commission (CCC) and the City of Del Mar to enhance safety and rail service reliability along the bluffs in the City of Del Mar.

The Public Update provides an overview of the background, recent developments, and next steps in NCTD’s effort to develop a comprehensive plan for protective fencing on the rail segment along the Del Mar bluffs. The Public Update along with project frequently asked questions can be found here.

“NCTD is committed to developing a solution for the railway along the Del Mar bluffs that promotes rail safety and ensures reliability,” said Matthew Tucker, NCTD’s Executive Director. “Our collaboration with the Coastal Commission and the City of Del Mar seeks to develop a community-sensitive approach that furthers these goals until permanent, safe, and legal crossings can be constructed.”

Highlights of the Public Update include:

NCTD continues to work with the California Coastal Commission and the City of Del Mar to achieve a resolution that supports safety, rail operations, and accessibility.

Read the Public Update along with project frequently asked questions and full project history at GoNCTD.com. NCTD also encourages the public to visit our Trespasser Mitigation webpage for additional information related to this project and other initiatives.