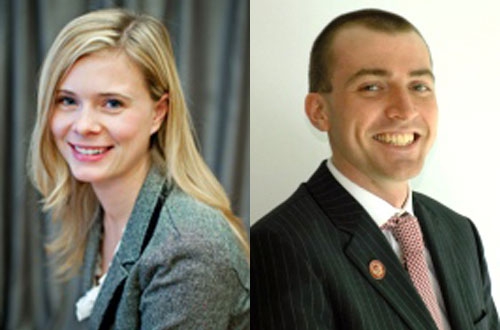 “The REMSA Board feels that these promotions will create a strong management team led by our Executive Director and CEO David Tennent,” said REMSA Board President Bruce Wise. “We are pleased to see the growth our internal team has displayed and strongly believe they are well-qualified to guide REMSA through the challenges and opportunities we face moving forward.”

Soucie joined REMSA in 2011, previously holding the role of as director of trade shows and operations. She is tasked with developing and maintaining REMSA’s membership, administering the association’s member benefit programs, organizing conferences and exhibitions and overseeing daily organizational management.

“Our staff has been an integral part in REMSA’s success in trade shows, attracting membership, and implementing our efforts in Washington,” Tennent said. “Ms. Soucie and Mr. Winkler have been tremendous assets to our organization, and we could not be prouder of the growth they both have achieved. They will both be integral parts of REMSA’s future success.”

Winkler became a part of the REMSA team in 2015 and previously served as the association’s grassroots coordinator. He worked to build REMSA’s grassroots program, pushed forward its media-related initiatives and supported rail industry initiatives in Washington, D.C., representatives say. Winkler will now be responsible for coordinating supplier grassroots efforts and growing the association’s advocacy efforts in relation to Congress and the Trump Administration, as well as establishing new member value and press initiatives.