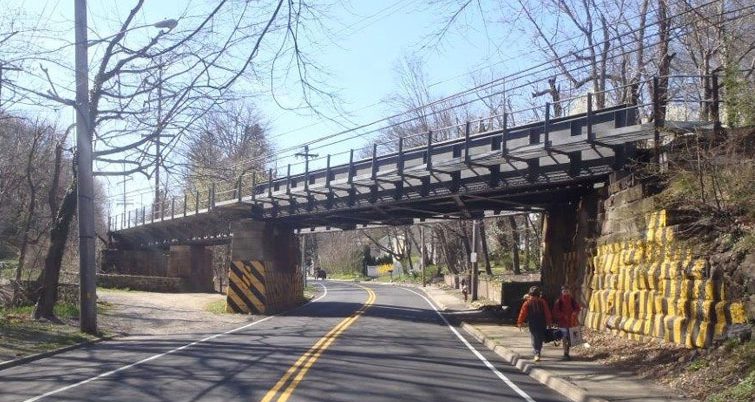 The project is intended to enhance train service by raising the bridge clearance by nearly four feet to cut down on the number of over-height trucks that strike the bridge and improve public safety by facilitating better roadway sight-lines, MTA said.

The existing bridge was constructed in 1889 with a 10-foot, 1-inch clearance and was struck by five over-height trucks in 2017, officials explained.

MTA said it responds to such truck strikes by mobilizing a team of personnel to inspect the bridge and placing temporary speed restrictions on trains traveling over it, which can delay train service.

The new bridge will have a 14-foot clearance, which officials said aligns with New York State Department of Transportation design standards.

“This project is an important component of our efforts to improve safety and on-time-performance and reduce train delays, because raising the height of bridges is a proven way to reduce truck strikes that delay trains,” said LIRR President Phillip Eng. “Since we replaced the Post Avenue Bridge in Westbury last October, not a single overheight truck has struck that bridge. We are expecting the same result here. Fewer truck strikes means fewer train delays and better on-time-performance for our customers.”

The new bridge has been built off site, and crews will remove the old bridge and move the new one into position, securing it into place.

Buses will substitute regular train service while the planned work is being completed. Full train service is set to resume at 2 a.m. on Tuesday, Oct. 9.

The bridge project is a component of an investment by Gov. Andrew Cuomo that is facilitating a $6.6 billion modernization plan for the LIRR to increase reliability, grow its capacity, upgrade infrastructure and provide a better customer experience, MTA said.