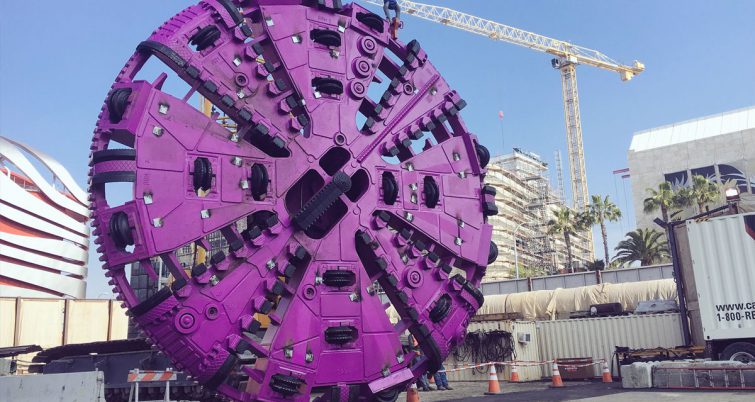 The Frontier-Kemper/Tutor Perini Joint Venture has received a notice of intent to award a contract from the Los Angeles County Metropolitan Transportation Authority (LACMTA) for the Purple Line Extension Section 3 Tunnels Project, according to an announcement from Tutor Perini Corporation.

Officials said the contract is expected to be valued at about $410 million. The project entails the design and construction of twin bored tunnels for LACMTA’s future Purple Line subway service, which is set to stretch about 2.6 miles between Century City and a hospital in Westwood, Calif.

The Purple Line extension is intended to offer a high-capacity, high-speed, dependable transit option for commuters traveling to and from Los Angeles’ West side.

The contract award for the Purple Line Section 3 Tunnels Project is expected to be complete in the next 30 to 60 days, with notice to proceed expected to take place shortly after, officials said.

Substantial completion of this segment of the project is predicted to take place in the summer of 2022.