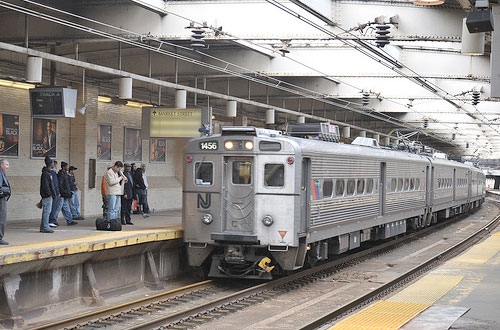 The agency announced it will be replacing a retaining wall on the Morris & Essex line between the Morristown Line and the Gladstone Branch split in Summit. The railroad tracks there are actually in a trench surrounded by concrete retaining walls. The project will cost $1.59 million.

The 100-year-old wall that will finally come down started to crumble in 2017, forcing part of the Gladstone Branch to close for emergency repairs after chunks of concrete near Summit station struck a pair of commuter trains. More emergency repairs were conducted weeks after the September incident when debris hit another train. Following the second event, NJ Transit decided to inspect similar retaining walls every 30 days.

The project, however, is not all about a wall. The tracks often flood during rain events, causing signal and track problems. The contract with Gannett-Fleming Inc. outlines a design for enhanced drainage.

The replacement will be complex. James Sincaglia, acting rail operations general manager for NJ Transit, said the retaining wall is made entirely of concrete, and it does not contain any steel for reinforcement. To fix the drainage, crews will have to deal with bedrock.

The second phase of building up Summit’s operating capacity will involve expanding the train yard and conducting switch work.