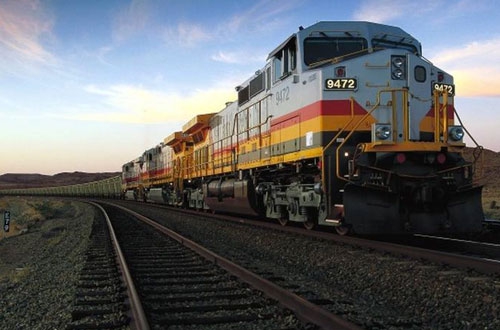 The Association of American Railroads and Norfolk Southern filed comments with the Federal Railroad Administration (FRA) and Pipeline and Hazardous Materials Safety Administration (PHMSA) on May 7 asking for a level regulatory playing field regarding automation.

Specifically, AAR’s comment asks the U.S. Department of Transportation “to take the same supportive regulatory approach with railroads that it has with automation of trucks and cars.”

“Railroads share the Department’s safety goals and are poised to innovate in this area if the regulatory climate does not discourage them from doing so,” AAR said. “Automation can and will enhance the safety of the rail network, and the railroads are anxious to work with regulators to facilitate its implementation … Across the industry, automated technology is already reducing or removing the impact of human error, but regulatory barriers to reaping its full benefits remain.”
“Technology has already yielded dramatic rail safety benefits and promises to produce greater improvements in the future,” AAR noted. “Automated track inspections and wayside detectors have been able to pinpoint track and equipment defects that would escape the human eye, so they can be addressed before an accident can occur. Additionally, Positive Train Control (PTC) is, at its core, an automated backup system that will prevent accidents caused by certain types of human error.”

“While railroading in America is safer than ever, we are at an inflection point and further progress requires a paradigm shift,” said AAR President and CEO Edward R. Hamberger. “Emerging automated technology now makes it possible to envision, and more important, build, a future free from the cause of one-third of all train accidents—human error. The Department of Transportation has encouraged the development and deployment of this game-changing technology in other transportation sectors, and we hope this is the beginning of an ongoing conversation about how it can be put to work across the world’s best freight rail network.”

In its comment, Norfolk Southern discusses a number of benefits that would flow from automation, including safety, efficiency and environmental enhancements. Norfolk Southern emphasizes that “[t]echnology-assisted rail operations can help reduce human error” and minimize the number of people around equipment, both of which are “important to reduce accidents and injuries.”

While applauding FRA for initiating a discussion around railroad automation, Norfolk Southern underscores that the greatest obstacle to strategic deployment of technology-assisted rail operations is the lack of regulatory clarity, as well as current regulations that impede their implementation.

NS Executive Vice President Law and Administration John Scheib notes, however, that the FRA’s Request for Information (RFI) is “a valuable first step” towards FRA “partner[ing] with railroads to pursue this important, safety-enhancing technology.”

Norfolk Southern asks FRA to follow the lead of its Department of Transportation counterparts, such as the National Highway Traffic Safety Administration, and provide clear and flexible guidance, enabling railroads to pursue new technologies and affirming that “automation is not a risk to be contained, but rather a safety and efficiency-enhancing standard to which the industry should aspire.”

AAR and NS submitted comments in response to the FRA’s RFI on the future of automation in the railroad industry, and to PHMSA’s RFI on regulatory challenges to safely transporting hazardous materials by surface modes in an automated vehicle environment.