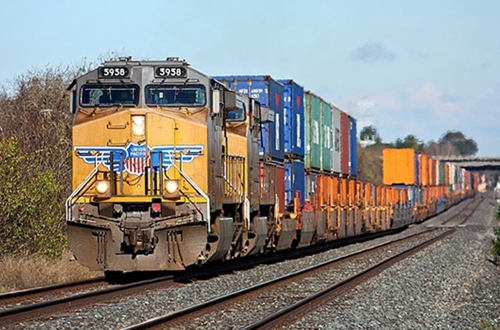 The construction of causeways has created a cause for concern in Case County, Neb. Actually, residents and local business owners are more than concerned, they are angry.

After flooding hit the area in March, crews from Union Pacific and Burlington Northern Santa Fe built temporary roads, which were needed after a railroad bridge was washed out near Highway 75. The construction changed the flow of the Platte River, pushing water to nearby residents and businesses. Here’s the problem: the railroad companies said the U.S. Fish and Wildlife Service ordered them to keep the causeways in place until June because the pallid sturgeon had started spawning. The U.S. Army Corps of Engineers, however, told Union Pacific and Burlington Northern Santa Fe to remove the causeways earlier this week, and on May 30 large excavators were removing large rocks in order to return the Platte River to its normal state. The Army Corps of Engineers claims the railroad companies never asked for permission to build the causeways.

“If the permits would have been put in, we would have required culverts and other steps being taken to enable better flow through the area,” Col. John Hudson told KETV Newswatch 7.

BNSF and Union Pacific say they followed the proper protocol.

“We provided the Corps of Engineers an application; however, the work performed did not require a permit, and they didn’t issue one,” BNSF Regional Public Affairs Director Andy Williams said in a statement. “There is an exemption to the permitting requirements for maintenance, including emergency replacement, of previously authorized structures.”

Union Pacific Spokeswoman Raquel Espinosa said, “Union Pacific met with representatives from U.S. Army Corps of Engineers and U.S. Fish and Wildlife at the site before the work began. Both agencies provided recommendations on the causeway’s construction and agreed work would commence under an emergency-related permit allowing repairs after natural disasters. Despite the verbal understanding, the U.S. Army Corps of Engineers denied our permit application just yesterday, two months after it was submitted. Union Pacific followed guidance from both agencies and acted quickly to help customers depending on Union Pacific to receive their goods.”