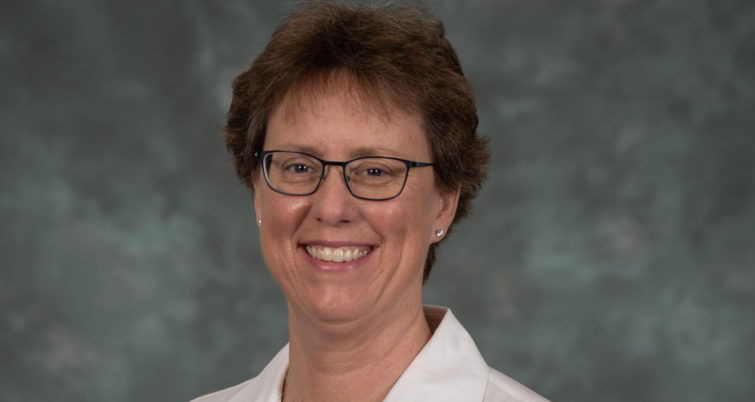 Cindy Sanborn will remain as NS EVP and COO through the end of 2022.

Sanborn, a 35-year railroad veteran, took on the role Sept. 1, 2022, following the retirement of Michael Wheeler.

Sanborn comes from a railroad family. Her father was the legendary Dick Sanborn (1936-89). “Mr. Sanborn was only 52 when he died,” the Journal of Commerce wrote in a February 1989 obituary. “He had been chief executive officer of Conrail for only six weeks. He had spent a lifetime preparing to head up a major railroad, working his way up into top management positions at Seaboard Coast Line Industries Inc. and CSX Corp., and then going to Conrail [in March 1988] when it appeared that he was no longer in line for the top spot at CSX. He patiently waited nearly a year at Conrail for the legendary L. Stanley Crane to retire, and he could pick up the reins. Few railroad men were better prepared to operate a major transportation company. Few were better suited to lead. Mr. Sanborn was intelligent, knowledgeable, patient and considerate of others and especially those he managed.”

“I knew Cindy when she was just cubbing in Rocky Mount, N.C., as an assistant trainmaster,” recalled Doug Riddell, the retired Amtrak locomotive engineer and company photographer who hired on initially as a switchman at the Seaboard Coast Line in 1977. “She is a wonderful railroader. She came out on her nights off as a new assistant trainmaster and got qualified running Amtrak’s Silver Meteor between Rocky Mount and Florence, and went through engineer training at Cumberland. She’s the real thing. Her mom met her dad while working in passenger services, and she’s just as proud of her mom’s role as her dad’s. She’s amazed at how few people remember her dad, and once told told me that a lot of people don’t even make the connection.”

NS President and CEO Alan H. Shaw said during the Nov. 14 announcement: “Cindy joined Norfolk Southern during the pandemic and helped us navigate a global supply chain disruption. She strengthened our culture, served as an effective ambassador with our outside stakeholders, and was part of a team effort that has achieved significant improvements in service. Cindy’s impact goes well beyond Norfolk Southern. As the first female chief operating officer of a Class I railroad in the United States, she has been a trailblazer and an inspiration to many in the industry.”

“I’m proud of the gains we’ve made in service, safety and culture over the last two and a half years,” said Sanborn, who recently spoke about her role at NS at Railway Age’s inaugural Rail Insights: Women in Rail Virtual Conference. “As Norfolk Southern prepares to take the next step with our growth strategy, it’s the right time for our next generation of talented operations leaders to take the reins.”

With more that 20 years of railroad operations experience, Paul Duncan will succeed her in the top operations spot. He joined NS in March 2022 as Vice President Network Planning and Operations and was promoted in September to Senior Vice President Transportation and Network Operations. According to NS, he led the railroad’s recent implementation of the TOP|SPG operating plan and played a central role in its service recovery effort. Prior to NS, Duncan was Vice President of Service Design and Performance for BNSF. He also served as Assistant Vice President for Capacity Planning, where he oversaw the railroad’s physical infrastructure capital planning and led the network strategy team.

“Paul is widely respected in the industry as one of the most talented leaders in the next generation of railroad operations executives,” Alan H. Shaw said. “He combines a deep understanding of precision scheduled railroading with a strong customer-centric mindset, and appreciates the need to balance service, productivity and growth. Paul is also the right leader to continue our progress engaging our craft railroaders and field supervisors.”