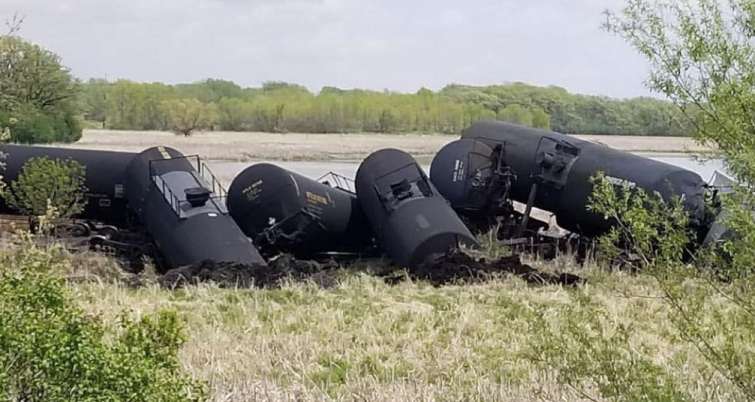 The Union Pacific derailment on May 15 in Albert Lea, Minn., could not have happened in a more environmentally sensitive area.

About 40,000 gal of hydrochloric acid spilled, effecting soil and wetland on the western portion of Goose Lake. Three of the 28 cars that fell off the track were carrying the acid. One was completely empty while the other two were still holding the chemical. There were 20,000 gal of acid transferred to storage tanks at a nearby staging area.

Crews have been working non-stop to clean up the debris left by the derailment, which includes damaged rail. The federal Environmental Protection Agency and the Minnesota Pollution Control Agency (MPCA) also are on-site putting together a plan for Union Pacific on how to handle the contaminated soil and water in Goose Lake. Union Pacific has not released a timeline on when the tracks will be ready for service again.

A contractor also has installed monitoring systems in the area to test for air quality, and is working with the MPCA conducting multiple soil and water samples daily.

The plan is to neutralize the acid with soda ash and remove the contaminated soil. A lined cell has been created to hold the bad soil.

Nesting areas on the east side of the lake also are being watched closely, and the MPCA has been conducting an assessment of any impact to fish and wildlife. So far no fish have been killed as a result of the spill.

A cause for the derailment has still not been determined. Some have speculated a bridge collapse was the culprit. The span did fail and crushed a culvert, which prevented acid from contaminating the west side of the bridge.