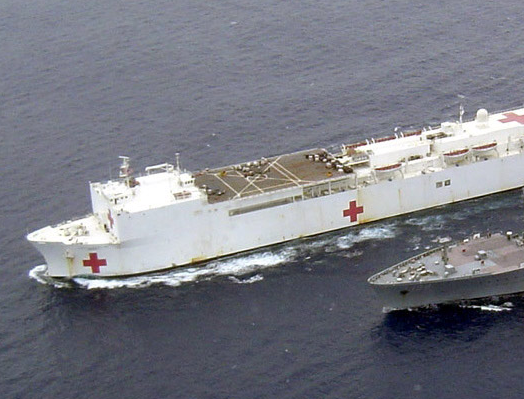 A locomotive engineer purposely derailed the train he was operating in an attempt to attack the USNS Mercy.

Eduardo Moreno told police he wanted to wake people up about a secret mission being carried out by the U.S. government, and his method of doing so was certainly jarring.

Moreno attempted to crash the locomotive he was operating into the USNS Mercy, but fell short by about 250 yards. There were no injuries, but the locomotive did leak fuel after impact.

Moreno drove the freight train at full speed off the end of the tracks and broke through several concrete and chain barriers before coming to stop. Moreno then attempted to elude police by foot, but was caught. Moreno informed police officers and the FBI that he did not pre-plan the derailment, but he wanted to show the public that the U.S. government was up to something, and that something involved the USNS Mercy, which is treating non-COVID-19 patients at the Port of Los Angeles.

Moreno was due in court on April 1 for arrainment on train wrecking charges.