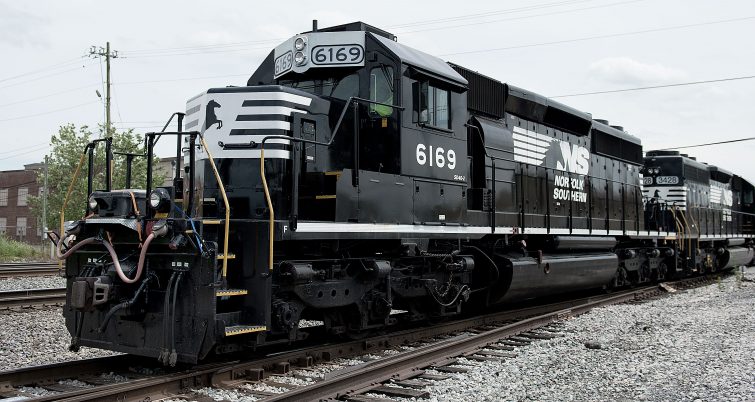 “A derailment of manifest train 196-24 occurred west of Cincinnati, OH this morning at 4:05am resulting in blockage of the single main line. Track and switch damage were reported.

“No intermodal units were directly involved in the derailment. However, delays to intermodal trains 216-23 and 282-22 operating from Atlanta/Jacksonville to Chicago are expected.

“It is estimated that service will be restored to the route by 5:00pm this evening. We will provide updates as information is made available.

As of press time, updates to the situation had not yet been posted. RT&S will continue to follow and update this story as warranted.

After reaching out to NS, RT&S learned that the mainline was reopened at 3:30 this afternoon. However, work remains to be done on an adjacent siding. There were no injuries or hazmat issues in the 12-car derailment, which occurred near Collinsville, Ohio.