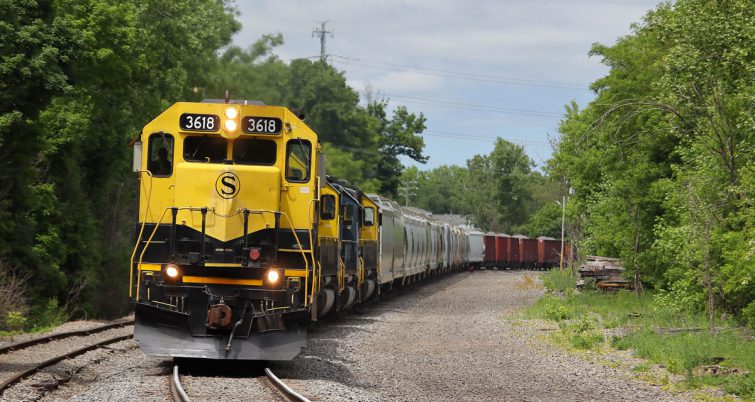 The Brotherhood of Locomotive Engineers and Trainmen (BLET) wants Congress working on the next trade agreement between the U.S., Mexico and Canada—the USMCA—to have a special provision. The union wants any train originating out of Mexico and traveling to the U.S. to be operated by an American crew.

So far the request has fallen on deaf ears, despite the urging of BLET President Dennis Pierce. Pierce made an appearance in Washington, D.C., during a June 20 House hearing and said lawmakers need to protect the jobs and safety of American workers. He claims Mexico has a law protecting its rail workers.

The union leader is especially concerned about activity on the International Bridge in Laredo, Texas. BLET has been told Mexican train crews would run operations between the bridge and the Laredo Rail Yard, a 10-mile stretch.

Some U.S. officials do not agree with Pierce. Federal Railroad Administration Administrator Ron Batory says as long as a human is running the train properly during that 10-mile stretch he has no concerns. The Association of American Railroads’ Ian Jefferies reminded Pierce at the June 20 hearing that Mexican crew members are checked by the U.S. Department of Homeland Security and the process has expedited train operations.