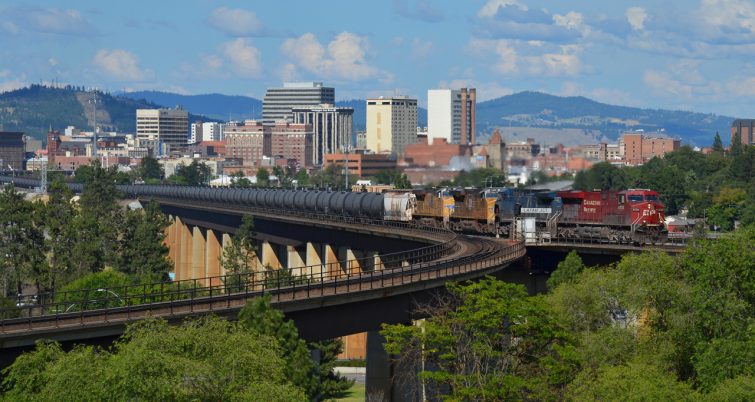 The derailment of two separate oil trains roughly two months apart near Guernsey, Sask., each spilling more than 300,000 gallons of crude onto the ground and one igniting into a smoldering inferno, plus the resulting 30-day mandatory speed limit on such trains imposed by Transport Canada (20 mph in urban areas, 25 mph elsewhere), have raised questions about not only the cause of those derailments, but also about the durability of the tank cars, and the volatility of the crude they were carrying. It should also raise questions, and awareness, about the transport of Canadian crude on the U.S. rail system.

Both Saskatchewan derailments took place on Canadian Pacific, which also owns and operates trackage in the U.S., as does CN. Additionally, CP and CN interchange some of their crude traffic to U.S. railways at or near the U.S./Canada border. In many cases, those unit trains of Canadian crude travel far greater distances in the U.S. than they do in Canada, heading to refineries or offloading terminals as far south as California, Texas and Louisiana. How are U.S. railroads reacting to the recent events up north?

Courtney Wallace, Director of Public Affairs at BNSF, declined to comment on the volume or volatility of Canadian crude that BNSF hauls south from its international connections near Vancouver, B.C., and in north-central Montana, but she did speak to the need for railcar safety. Wallace says, “BNSF continues to handle all car types allowed under federal regulation for crude, but we are working with our individual customers to facilitate getting the newest and safest tank cars, currently the DOT 117Js, in service sooner on our railroad. BNSF doesn’t own the tank cars used to ship crude oil on our network; however, it is incumbent on all parts of the supply chain to ensure we have the safest tank car in which to move this commodity.” 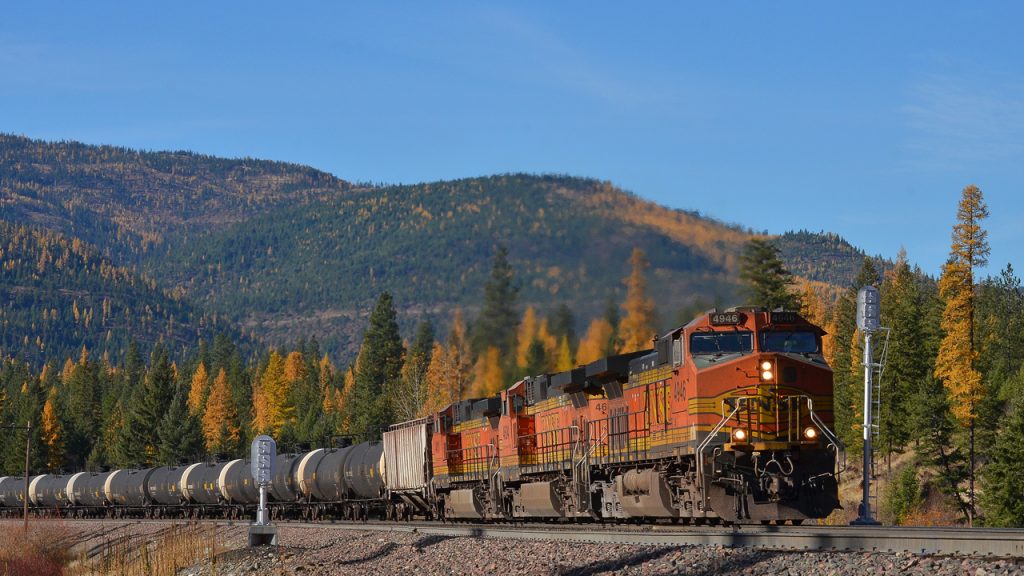 In 2014, BNSF announced its intention to purchase 5,000 tank cars for crude service, but that plan was cancelled the following year.

Union Pacific receives Canadian and U.S. crude at its international gateway in northern Idaho, destined for refineries along the American West Coast. (The U.S. crude travels from North Dakota to Idaho via CP.) UP also provides the final link in delivery of Canadian and U.S. crude to terminals in Texas, Louisiana and other states. Kristen South, Senior Director Corporate Communications and Media Relations for UP, tells Railway Age, “A meaningful amount of crude moving on Union Pacific’s system comes from Canada and is mixed with diluent.”

The treatment used for diluting heavy crude to ease its flow through pipeline systems and into or out of railcars also introduces an unintended measure of flammability. When asked whether UP was planning to modify its handling of these trains in similar fashion to what’s happening in Canada, South said, “At this time, there are no speed restrictions.” 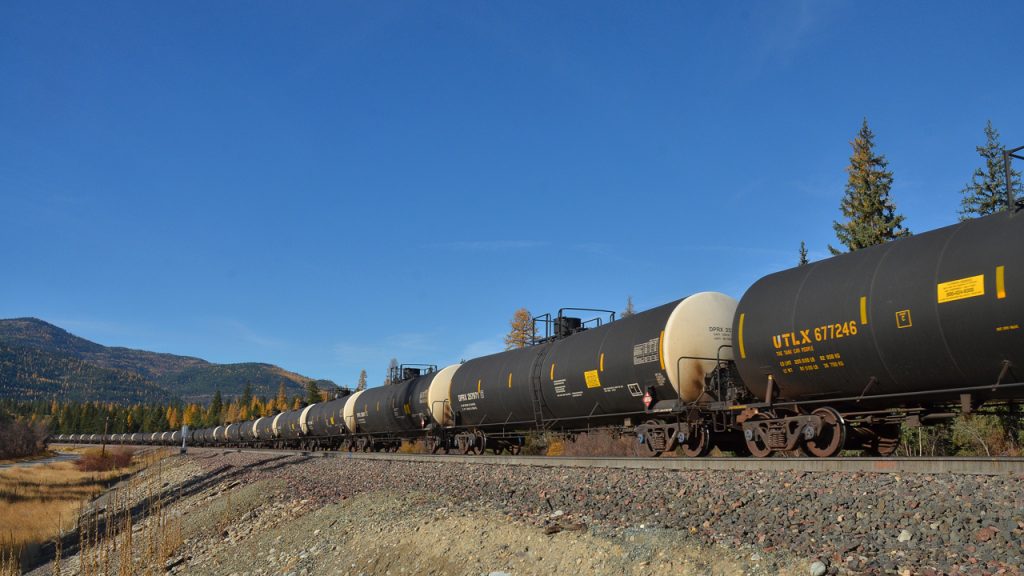 Heightened focus on heavy Canadian crude treated with diluent might be missing the bigger picture. Previous unit train derailments involving light crude from Bakken oil fields on either side of the border have also resulted in breached tank cars igniting fires, two of which occurred in populated areas. The oil train disasters in Lac-Megantic, Que., in 2013 (which killed 47 people) and Mosier, Ore., in 2016 both involved Bakken crude that was loaded at a terminal in New Town, N.D.

Shortly after the second Guernsey, Sask., derailment, U.S. Federal Railroad Administration Senior Public Affairs Specialist Warren Flatau told Railway Age, “The FRA is monitoring the Transportation Safety Board of Canada’s ongoing investigation of last week’s derailment and continues to directly engage with Transport Canada and Canadian Pacific Railway to obtain all relevant factual information and data available about the circumstances of the event.” As of late February, Canada’s temporary speed reduction on crude-by-rail shipments had not been adopted by U.S. railways. FRA’s Flatau said, “We are still reviewing that information and data to determine what, if any, additional safety measures or operational precautions for such shipments are necessary or appropriate.”