Maryland officials have rejected a proposal to build a new rail tunnel underneath the city of Baltimore.

Officials in Wilmington, N.C., want to take railroad tracks out of the equation at several locations.

The existing rail line between Navassa and the Port of Wilmington runs across the Cape Fear River and around Wilmington en route to the port. However, it intersects with 32 streets that carry a total of about 250,000 cars daily.

The public is expected to play a major role as well, and has until July 26 to help determine the best new route.

There are two main factors driving the need for the Rail Realignment Project—population growth and an increase in freight by rail. Census statistics show between 2010 and 2018 the regional population grew over 15% compared to the national average of 5%. The Port of Wilmington also has seen growth. Container business increased 26% between 2017 and 2018.

A National Environmental Policy Act study is already underway. The study will be done in three phases. The first phase is a Screening Assessment that identifies feasible alternatives for the project. A more detailed Alternatives Analysis will be done for phase two. The goal here is to identify a preferred alternative. The third phase consists of an environmental review and preliminary engineering activities. 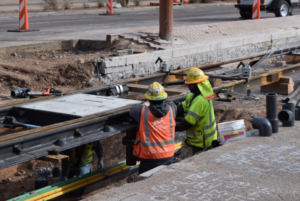 Light-rail project has turned Phoenix into a construction maze, but work progressing nicely 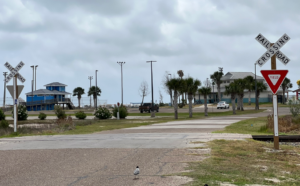