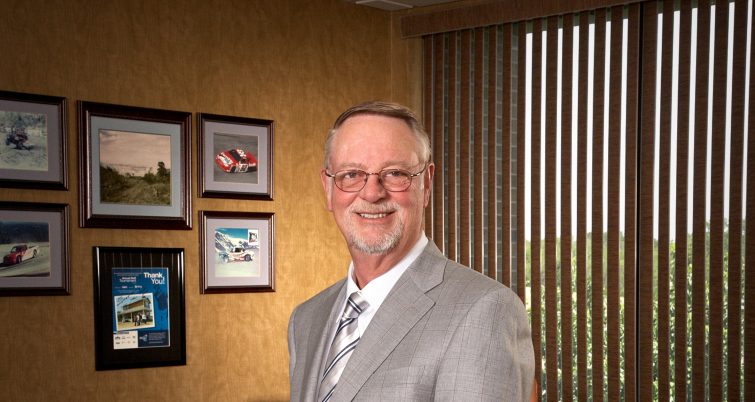 Stanley M. Herzog, President of William E. Herzog Enterprises, died August 2nd, 2019, at the age of 70 in Missouri surrounded by friends and family.

“It is with a heavy heart and tremendous sadness that we share with you that our friend and leader, Stanley M. Herzog, has passed away,” said Herzog company officials. “Stan’s final days were spent with his family and closest friends by his side.”

The entire Herzog family mourns this loss. Stan’s impact on Herzog, its employees, and the industry will forever be felt. He was a very generous, kind, Christian man who made a lasting impression on our community. Stan relished every opportunity he had to spend time outdoors hunting, fishing or golfing with friends and family.

Stan, and his brother, Randy, were instrumental in helping their father, William (Bill) E. Herzog, found Herzog Contracting Corp. in 1969. Stan was the company’s first official employee, starting out as a foreman on regional asphalt paving projects. In the decade that followed, Stan moved into the role of Vice President of Operations as Herzog’s footprint grew nationally. When Herzog added transit operations and maintenance to its portfolio in 1993, Stan also became the CEO for Herzog Transit Services, Inc.

Stan was later named President of William E. Herzog Enterprises which currently owns and manages all the Herzog companies and their subsidiaries. Upon his father’s death, he also assumed executive leadership as Chairman and CEO of Herzog Contracting Corp.

Under Stan’s leadership, Herzog grew to become one of the largest private contractors to provide construction, operations, and maintenance services for railroads and transit clients across North America. Stan was the company’s longest-serving employee and majority shareholder.

“On behalf of Herzog’s management team and its employees, we extend our deepest condolences to the Herzog family in this difficult time and express our sincerest gratitude for Stan’s decades of leadership.” said company officials. “Please join all of us in praying for his children and all of those who will miss him so much.”

Stan was laid to rest on August 5th, 2019 at Memorial Park Cemetery in St. Joseph, MO. Obituary and details on memorial services can be found here.

From a Herzog press release.