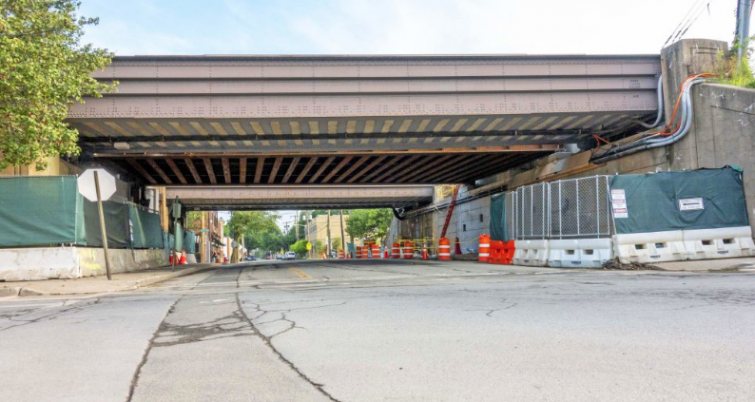 The grade crossing was closed in April and the bridge was built inside a 25-ft-deep crater on the north side of Long Island Rail Road (LIRR) tracks. The 1,200-ft section was then lifted and set into place. The bridge installation is part of LIRR’s $2.6 billion project that involves the construction of a third track on the main line between Floral Park and Hicksville. It was the fourth and last bridge installation this summer.

Railroad service was suspended on the main line on Aug. 24 and Aug. 25 as crews, with the assistance of drones, removed railroad tracks, excavated and set the prefabricated bridge using hydraulic jacks. Tracks were then rebuilt and supporting systems reinstalled in time for Monday morning service.

Covert Avenue, the sight of the bridge construction, will now be an underpass set to open in the fall. It is one of seven at-grade crossings that are being eliminated. Project officials say the underpass also will reduce noise pollution from train horns, alleviated traffic congestion and improve safety.

Another bridge will be put in place using an accelerated schedule at Nassau Boulevard in Garden City in October.