At a recent meeting, the Moses Lake, Wash., City Council unanimously approved sending letters to lawmakers requesting federal funding to purchase a segment (Segment 4) of the Columbia Basin Railroad line that runs through the City of Moses. As part of the Northern Columbia Basin Railroad Project, Segment 4 is slated to be vacated once a new bypass segment (Segment 1) northeast of Moses Lake is built.

In particular, the Port of
Moses Lake eventually plans to construct Segment 1 which would detour around
the city between Wheeler and Parker Horn and would be used to haul cargo to and
from companies located near the Grant County International Airport, such as
Moses Lake Industries, a high-tech chemical company which exports products all
over the world.

It will greatly improve
freight mobility and economic development opportunities in the Northern
Columbia Basin area. It will eliminate at least 12 at-grade rail crossings
within the City of Moses Lake, and open up water front property for trails and
other tourism developments.

An existing rail segment
(Segment 4) would be converted into a trail.

Moses Lake City
Councilmember Bill Ecret explained that the City of Moses Lake wants to
purchase Segment 4 of the rail line to gain access to waterfront for both
possible private and public development and to expand the city’s trails and
paths. Once the Segment 1 rail line is complete, the line running from Parker
Horn through Neppel Park in the city will no longer be needed for rail use due
to the detour.

The rail company and the
city discussed working together to complete the project during the last city
council meeting.

If the city is able to
obtain federal funding, the funding could be used for the purchase of Segment 4,
as well as to help the Port of Moses Lake construct the detour (Segment 1). The
rail company would continue to use the line (Segment 4) running through the
city until there is enough funding for the Port of Moses Lake to build Segment
1. 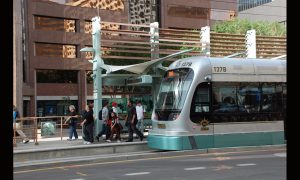 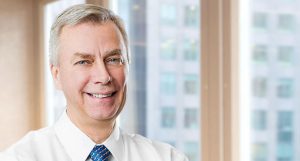