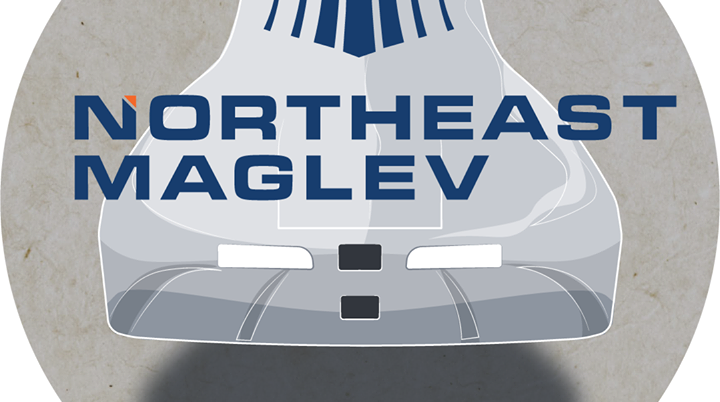 Baltimore Washington Rapid Rail (BWRR), the developer of the Baltimore-Washington Superconducting Maglev (SCMaglev) Project, [yesterday] announced ambitious goals that would deliver billions of dollars of economic benefits to communities of color, women, and their businesses in constructing and operating the $13 billion high-speed train project.

Born from a commitment of corporate social responsibility, BWRR’s Diversity, Equity & Inclusion Plan for Economic Opportunity in Maryland will create unprecedented access to contracts and wages for many of Maryland’s disadvantaged and disenfranchised communities. Of the 74,000 construction related jobs and 1,500 permanent jobs the project is estimated to create in Maryland, BWRR has set goals for hiring 40 percent of the construction workforce and 25 percent of the permanent employees from diverse populations with a preference for the local jurisdictions that the route will pass through. These include abundant opportunities for communities in Prince George’s, Anne Arundel and Baltimore Counties, and Baltimore City.

The buildout of the Maryland segment of the Baltimore-Washington SCMaglev Project will last approximately seven years and include the construction of nearly 30 miles of tunnels, guideway, two stations (BWI Airport and Baltimore City), a 180-acre Train Maintenance Facility, and several smaller ancillary support facilities spread across the route. In addition to the 40 percent minority and women workforce goal, BWRR plans for 25 percent of construction spend to be on government certified Minority Business Enterprises (“MBEs”) and Women Business Enterprises (“WBEs”). Once construction is complete and revenue service begins, BWRR will require 25 percent of long-term operating spend to be allocated for MBEs and WBEs.

One block from the Maryland State House, government, business, and community leaders enthusiastically embraced BWRR’s DEI Plan as a pivotal development for the project. Many of these individuals will be among the representatives serving as key participants supporting the fine-tuning and implementation of the plan, which will provide a host of economic and social benefits.

“The current pandemic shows that communities of color are particularly vulnerable during hard times, which is why a project like the SCMaglev train offering tens of thousands of jobs and billions of dollars of investment must be taken seriously,” said Maryland State Delegate Darryl Barnes, chair of the Legislative Black Caucus of Maryland. “For instance, Prince George’s will benefit from approximately 500 proposed permanent jobs making it the largest concentration of jobs along the route. Residents will have access to thousands of union construction careers to help them enter the middle class, and with some of our communities boasting Maryland’s highest number of minority businesses, we expect many local firms will find contracts,” Barnes added. “Jobseekers, contract seekers, and others will be better off thanks to these pathways for county residents to grow and sustain wealth.”

The Baltimore-Washington SCMaglev project would bring the world’s fastest ground transportation system to the Northeast Corridor of the United States, beginning with a 36-mile route from Washington, D.C. to Baltimore City, with a stop at BWI Marshall Airport. BWRR was awarded a railroad franchise for the project’s first leg in 2015 and will serve as the train’s developer and operator. Northeast Maglev works in coordination with BWRR to promote the project and its goal of offering one-hour SCMaglev service from Washington, D.C. to New York City.

“The SCMaglev train will be unparalleled in terms of the project’s scale, scope and impact as we will transform the passenger experience and lives of residents from overlooked communities, especially as we will build in some of Maryland’s most culturally diverse areas,” said Wayne Rogers, Chairman and CEO of BWRR and Northeast Maglev. “At this moment in our nation’s consciousness, we must create and sustain an exemplary model for diversity and inclusion in national infrastructure projects,” he added. “We are proud to announce the plan and work with equally committed partners.”

The Baltimore-Washington SCMaglev project is currently under review by federal, state and local agencies. The Federal Railroad Administration (FRA) and the Maryland Department of Transportation-Maryland Transit Administration (MDOT-MTA) released a Draft Environmental Impact Statement (DEIS) documenting the potential impacts of the project on January 15. A 90-day public comment period is currently underway through April 22. In early 2022, a Final Environmental Impact Statement (FEIS) is expected to be released, followed shortly thereafter by a Record of Decision (ROD) that could clear the way for construction by early 2023.

The project will have a major positive impact on the environment. Transportation has become the largest source of greenhouse gases in the U.S., disproportionately affecting underprivileged communities. The Baltimore-Washington SCMaglev project is expected to take 16 million car trips off the road each year and reduce regional greenhouse gas emissions significantly.

BWRR will lead an initiative to open opportunities for building skills and wealth opportunities through employment where living wages and salaries with benefits will be available for Marylanders. This will include recruitment efforts to attract communities of color and women. Some of the sources for job candidates will involve the faith-based community, government officials, high schools and colleges, nonprofit organizations working with traditionally unemployed and underemployed individuals, and state and local workforce development boards.

“In these times of acute economic distress, the Ministers’ Conference Empowerment Center Community Development Corporation (CDC) must be purposeful in being laser-like focused on projects, partners and people to help remove long standing systemic barriers and open new doors for brighter futures through meaningful economic empowerment,” stated Bishop Kevin Daniels, Ph.D, the Ministers’ Conference Empowerment Center CDC’s chairman. “We believe a project the scale of the SCMaglev, the ability to be a partner on the Diversity, Equity and Inclusion Plan, and the ability to reach communities across Baltimore will enable us to play a supportive role in the project and make sure our communities will be included career and contract opportunities.”

Special emphasis will be on hiring individuals from Maryland jurisdictions along the SCMaglev train project’s route, where tens of thousands of construction and permanent jobs will be created. BWRR intends to work with local partners in outreach activities so the project will be inclusive of recruits from targeted areas in Anne Arundel, Baltimore, Prince George’s counties and Baltimore City.

As the DEIS process progresses, BWRR and Northeast Maglev are continuing to work to engage members of local communities, listening to residents and addressing concerns while partnering with organizations that seek to maximize the benefits associated with bringing a high-speed train to the region.

According to the DEIS, the project will create 161,000 to 195,000 job-years during the seven-year construction period across the Washington-Baltimore-Arlington Combined Statistical Area (CSA), generating $8.8 billion to $10.6 billion in employee earnings. These regional benefits would occur, according to the DEIS, where minority populations comprise 69.6 percent of the total population and low-income populations make up 12.7 percent of the environment affected by the SCMaglev.

“This project represents an opportunity to deliver totally green mass transit for the future, benefiting millions of people in Maryland, the Northeast Corridor and the United States of America,” said former U.S. Transportation Secretary Rodney Slater. “As a member of the Northeast Maglev Advisory Board, I am very proud to work alongside others who recognize the unprecedented opportunity this represents for our most diverse communities. This plan will be critical to ensure those communities are represented equitably as we work to build the SCMaglev and share in its benefits together.”

Additionally, more than 10,000 Maryland residents have signed a petition showing their support for the project at www.supportnortheastmaglev.com.

About Northeast Maglev: Northeast Maglev is a private, 100% U.S. and veteran-owned company working to promote the world’s fastest ground transportation system – the Superconducting Maglev (SCMaglev) – in the Northeast Corridor of the United States. The SCMaglev train is a safe and transformative transportation solution that will revolutionize how people live and work in the most congested region of the U.S. The first leg will provide 15-minute service between Baltimore and Washington, D.C., and ultimately one-hour service will be provided from Washington, D.C. to New York City. The Northeast Maglev is modeled on the Central Japan Railway SCMaglev project in operation since 1998. Learn more at www.northeastmaglev.com.

Read other articles on passenger rail. 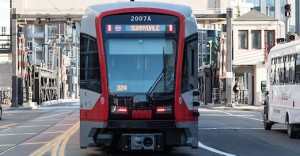 Commentary—What will the future of public transit look like?

Caltrain, BART, and other San Francisco Bay Area transit agencies could come under one umbrella 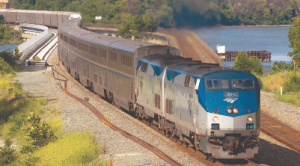 Brightline CEO confirms Las Vegas construction in 2021, but Amtrak enters the scene as a competitor