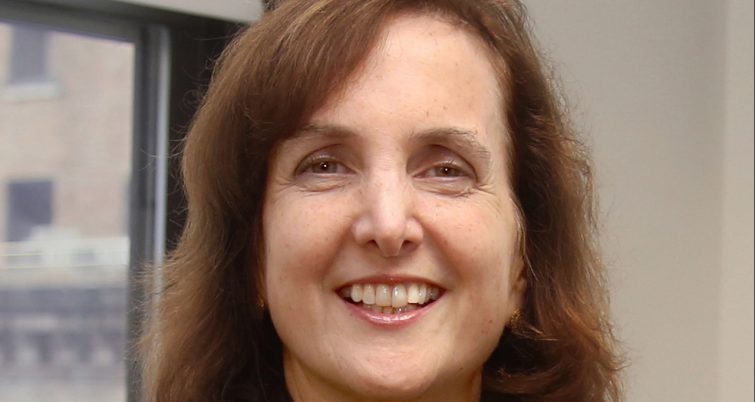 The New York Metropolitan Transportation Authority (MTA) has appointed Catherine Rinaldi as the sixth President of MTA Metro-North Railroad, the first woman to serve in that capacity.

Rinaldi had served as Metro-North Acting President of since July 2017, and previously was the regional/commuter railroad’s Executive Vice President, beginning in 2015. She served as MTA General Counsel between 2003 and 2007 before taking on that role at the Long Island Rail Road. In 2011, she became MTA Chief of Staff, a position she held until 2015.

“Cathy is the best person to continue to push forward the progress that Metro-North has made in renewing the railroad and enhancing the confidence of its customers,” MTA Chairman Joseph Lhota said. “She brings 15 years of dedicated service to the MTA, a disarmingly calm management style, a razor-sharp intellect, and an uncanny ability to break problems down into their component parts to quickly find a practical solution.”

“Everyone who has had the good fortune of working with Cathy knows she inspires confidence in those around her through a mixture of leadership by example, evenhandedness and commitment to core principles,” said MTA Managing Director Veronique “Ronnie” Hakim. “She never loses sight of concern for customer experience.”

“I’m honored and humbled to be offered this position and deeply appreciative of the confidence that Joe and Ronnie have placed in me,” Rinaldi said. “Since I came to Metro-North, the railroad’s dedicated employees have made me proud to be a part of their team. I look forward to working with everyone at the railroad to affirm and strengthen Metro-North’s commitment to safety and customer service.”

Metro-North is the second-busiest regional/commuter railroad in the country, providing 86.5 million rides a year between Grand Central Terminal and 123 stations in nine counties in New York and Connecticut.