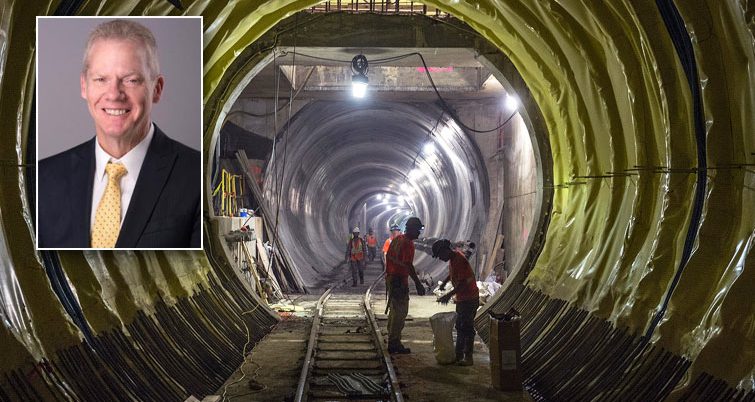 At both agencies, Troup was responsible for implementing multi-billion-dollar five-year capital budgets while maintaining daily operations, safety and efficiency.

He represented WMATA on Phase I of its Silver Line extension, as well as facilitating the initial testing and delivery of the agency’s most recent, modern class of rail cars.

Troup comes to East Side Access already familiar with the Long Island Rail Road and the New York area. He served as Amtrak’s system manager for multiple projects in the New York division from 1979 to 1995, MTA said.

As assistant vice president at SYSTRA, Inc., Troup managed the review of East Side Access-related signal design and contractor specifications for Harold Interlocking.

“East Side Access is making dramatic progress and Rob has what it takes to get it to the finish line on time in 2022,” Lieber said. “With more than 40 years of experience in public transportation — including a lot of construction in densely populated urban environments — he knows what it takes to get a complex project like this built.”

“This project is massive and this challenge is exciting. I look forward to bringing this project to completion,” Troup said.

Troup holds the certification of Engineering Technician from the United Kingdom Engineering Council.

Troup will succeed William Goodrich, who has led East Side Access since 2014 and is retiring after a distinguished 40-year career in civil engineering and project management, having also played leadership roles on historic projects like Boston’s Central Artery/Tunnel and the Second Avenue Subway, Phase 1.

“Bill led both the Second Avenue Subway project – New York City’s biggest expansion of the subway system in 50 years – as well as East Side Access,” Lieber said. “We have all learned from Bill, and value the incredible commitment and professionalism he has modeled for all of us at the MTA.”