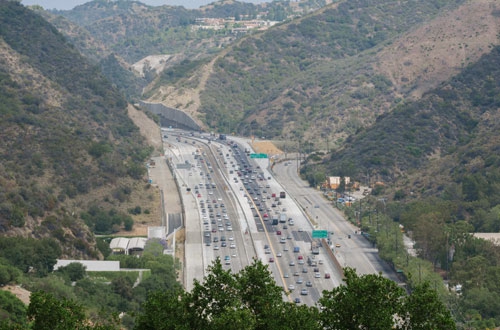 Earlier this month, Editor-in-Chief Bill Wilson reported on the decision the L.A. Metro board needs to make around monorail or heavy rail for the Sepulveda Transit Corridor. Here is more news about this story.

You can read Bill’s report here.

This mega-project is planned to connect the San Fernando Valley with the Westside and eventually LAX via a high-speed, high-capacity transit line, connecting two busy destinations for residents and workers. The primary travel option for most people currently is driving the I-405 freeway through the Sepulveda Pass, a choke point that is one of the nation’s most congested roadways.

Sepulveda Transit Corridor Partners – Bechtel was awarded a $69.9-million contract to further develop its proposed heavy rail transit solution concept. More than 60 percent of the partner team’s proposed heavy rail concept would travel underground, with the remainder of the line traveling primarily in an aerial section.  A Valley-to-Westside trip would take just under 20 minutes according to the team’s proposal.  The team’s estimated costs for constructing this proposed solution is $10.8 billion.

LA SkyRail Express was awarded a $63.6-million contract to further develop its proposed monorail concept that would be an aerial alignment primarily within the I-405 right-of-way between the Valley and Westside. Proposed travel times via monorail are estimated at 24 minutes.  The LA SkyRail Express team’s baseline proposal cost for building the monorail concept is $6.1 billion.

Now that PDA contracts have been approved, Metro plans to begin the environmental review process this fall, where concept designs for these and other alternatives will be advanced and/or refined through extensive, ongoing public feedback and technical investigation and analysis.

At its sole discretion, Metro retains the ability to continue the partnership through final design with one of the private sector teams if its transit concept is consistent with the project’s Locally Preferred Alternative, or LPA, that will be selected by the Metro Board. Metro also retains the right to pursue a different project and delivery path, if necessary.

“With the Board’s action today, we have reached a significant milestone in our efforts to envision, design, and develop the United States’ first Pre-Development Agreement specifically for a public transit initiative,” said Metro CEO Phillip A. Washington. “As we work diligently to create a world-class transportation system here in the Los Angeles region, we will also be creating a new market for infrastructure innovation that can potentially help us build the most challenging project Metro will ever tackle.”

One of the private sector teams may have an opportunity, after the LPA is selected, to submit a proposal to build and potentially help finance the project, potentially accelerating construction and improving project performance.

Pre-Development Agreements (PDAs) enable early contractor involvement in Metro’s transit project and increase the likelihood that the project can be built via a public-private partnership that allows for innovations in design, engineering, construction approach, financing and operations. The PDAs will bring the expertise and creativity of the private sector to the table early when critical design and engineering decisions can have the greatest impact on the project’s ultimate success. The idea of using a PDA on the Sepulveda Transit Corridor Project was a critical component of several unsolicited proposals submitted to Metro’s Office of Extraordinary Innovation in 2016.

The Sepulveda Transit Corridor Project is funded in part by Measure M, the transportation sales tax approved by 71 percent of Los Angeles County voters in 2016. The total project will receive $9.5 billion in funding from Measure M and other local, state and federal sources. Moving forward with the PDAs best positions Metro to potentially accelerate the project.