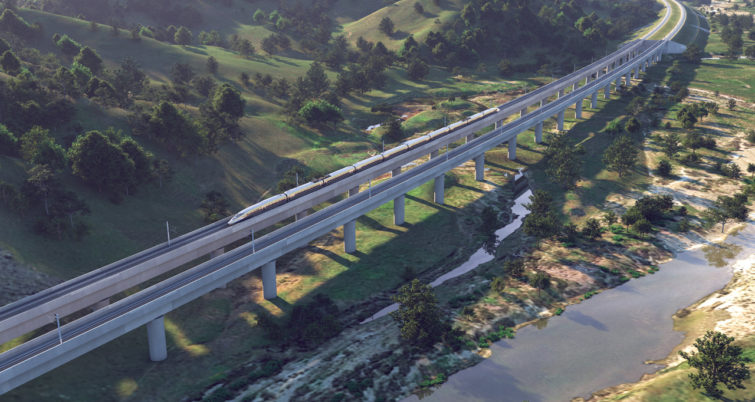 The California High-Speed Rail Authority (CHSRA) is applying for a $67 million grant from the Federal Railroad Administration to improve highway/rail grade crossings in Shafter, Calif.

CHSRA on Oct. 11 reported that the grant, part of the Fiscal Year 2022 Railroad Crossing Elimination Program, will be used to eliminate six BNSF at-grade crossings in Shafter, advancing the high speed rail project toward Bakersfield (see map below).

If awarded the grant, CHSRA would construct two grade separations at Poplar Avenue and Riverside Avenue; complete the design and purchase the right-of-way for four additional grade separations at Fresno Avenue, Shafter Avenue, Central Avenue and East Lerdo Highway; and continue to fund the Central Valley Training Center in Selma, Calif. These would be first major structures to be worked on in the Central Valley, outside the 119 miles now under construction, which CHSRA said was a “milestone in connecting to Bakersfield.”

“This next step in partnership with the federal government will leverage state funding, improve the health and safety of communities, provide for promising economic opportunities for local trades people, eliminate crossings frequently blocked by trains, and reduce the impacts that freight movement and railroad operations have within this historically disadvantaged community,” CHSRA reported.

CHSRA said it also “has a pending federal grant application pursuing approximately $1 billion to purchase new, clean, electric trains capable of speeds in excess of 200 mph, to advance design on Bakersfield and Merced Extensions, to complete a full double-track system on the initial 119-mile segment; and to construct stations. These federal funds will help accelerate construction of electrified high-speed rail between Merced and Bakersfield by the end of the decade.”

CHSRA in August awarded $85.9 million in contracts to advance design of the Central Valley’s Merced-to-Madera and Fresno-to-Bakersfield project segments, covering a total of 52.4 miles.

Also in August, the U.S. Department of Transportation awarded CHSRA $25 million in RAISE (Rebuilding American Infrastructure with Sustainability and Equity) grant funding, which will provide more than half of the cost for the Madera-to-Merced design contract.

Additionally, California’s new $307.9 billion budget includes the release of $4.2 billion in Proposition 1A funds to CHSRA, “prioritizing $2 billion for the construction of the Merced-to-Bakersfield segment” the Los Angeles Times reported on June 30.

“Construction is well under way in the Central Valley, with the first segment to be built between Merced and a point 19 miles north of Bakersfield,” Railway Age Contributing Editor David Peter Alan reported in March. “When completed, it will be the first piece of Class 9 track in the country, with a top speed of 200 mph. Plans call for a three-hour running time between San Francisco and Los Angeles when Phase 1 opens for service. Phase 2 calls for two extensions: from Merced to Sacramento on the north end, and a new route on the south end; from Los Angeles east to San Bernardino and then south through Escondido to San Diego.” 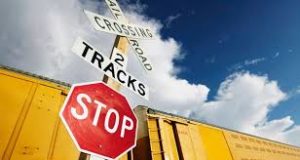 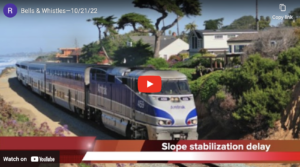