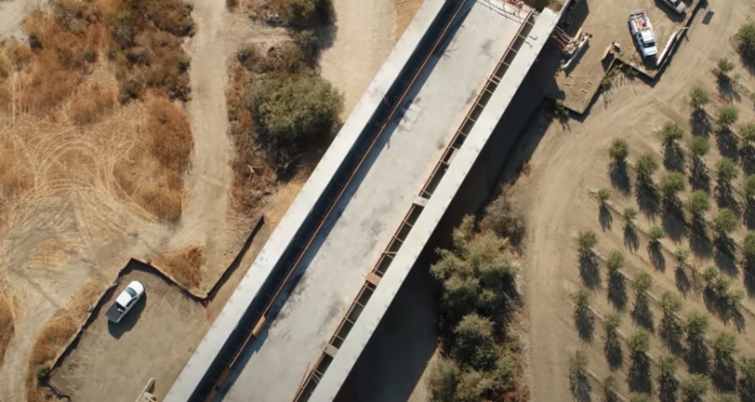 The House has no plans to take action on a bipartisan infrastructure bill.
California High Speed Rail Authority

The Senate is now hoping a group of moderate Democrats in the House will help move the bipartisan, $1 trillion infrastructure bill.

Sen. Joe Manchin (D-W.Va.) issued a stern warning about the repercussions if the House and Speaker Nancy Pelosi (D-Calif.) continue to demand for the passage of a $3.5 trillion spending bill in the Senate. Members of Congress started trickling in from an August recess on Aug. 23. Meanwhile, the House Democrats in favor of moving the infrastructure bill in the coming days are in a standoff with Pelosi.

“With so much uncertainty in the world, one thing is certain, we must unite and pass a critical priority of the American people … improving our nation’s infrastructure,” Manchin said in a statement. “It would send a terrible message to the American people if this bipartisan bill is held hostage. I urge my colleagues in the House to move swiftly to get this once-in-a-generation legislation to the President’s desk for his signature.”

Some believe there simply are not enough votes in the House to pass the infrastructure bill if it is not directly tied to the spending package. Pelosi was expected to address the budget resolution on Aug. 24. However, the price tag alone might prevent Pelosi from getting the votes she needs for the budget package, and the Senate needs a yes from all Democrats to move it to the President’s desk for signature.