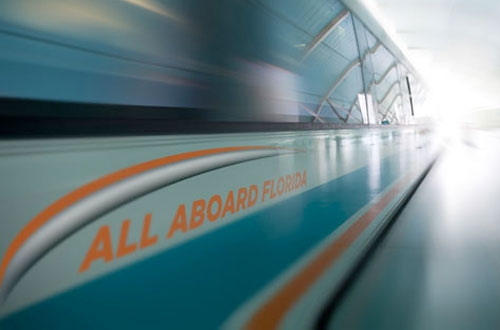 All Aboard Florida, the intercity passenger rail project to connect Miami to Orlando, reached two significant agreements this week for right-of-way access and station development.

“All Aboard Florida achieved two major milestones this week by securing the right-of-way agreement that will utilize the expanded State Road 528 transportation corridor and finalizing the location for the Central Florida terminal station,” said P. Michael Reininger, president and chief development officer of All Aboard Florida. “We will now focus on designing and engineering the project so we can begin construction by the end of this year. The progress we have made in 18 months is the result of a great partnership between All Aboard Florida and the public sector.”