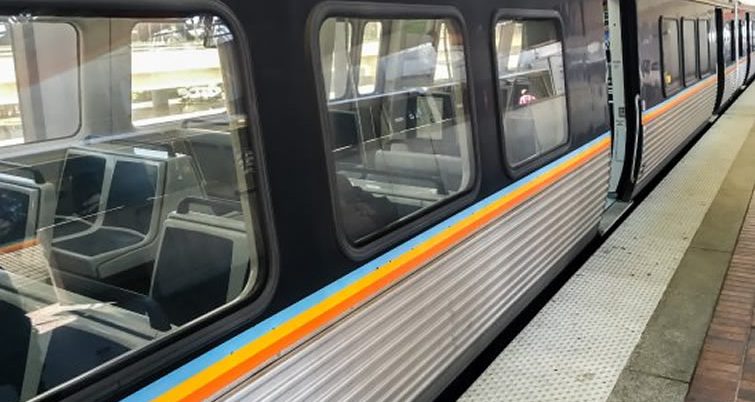 MARTA's CEO, Jeffrey Parker, died Friday evening, January 14, when he was struck by an oncoming train at MARTA's East Lake station. He was 55 years old.

This station is on the East Line, which travels from downtown to suburbs in the eastern metro area. According to an official statement by MARTA, Parker’s death has been ruled a suicide.

Here is the statement from MARTA Board of Directors Chairwoman Rita Scott on the passing of MARTA General Manager & CEO Jeffrey Parker:

“The MARTA Board of Directors grieves the shocking death of our GM/CEO Jeff Parker who has died by suicide. He was an outstanding leader and steward of MARTA whose passing leaves us all heartbroken.

“As Chairwoman and on behalf of my fellow MARTA board members, we are devastated at this loss as we valued Jeff’s leadership and looked forward to him bringing his vision for transit to fruition. The entire metro Atlanta region owes him a debt of gratitude for his transformational efforts and we will not stop working to build on the foundation he created.

“As we struggle to understand the complexity of this tragedy, we grieve with and for his wife Erin, his daughters and all of Jeff’s family and friends as well as his MARTA family. As we continue to grieve, we want you to know that suicide is preventable and help is available to you.”

According to LinkedIn, Parker was a 1989 graduate of Northeastern University with a B.S, in computer science. He served two stints with the MBTA. First, as Chief, Operations Control Center and Training from 1985 to 1998, then as Director of Subway Operations and Rail Vehicle Engineering from 2000-2005. Before and afterward, he served as a Systems Engineer/Project Manager with Parsons from 1998-2000, Senior Director of Transportation Operations at MARTA from 2005-2008, Commissioner of the Connecticut Department of Transportation from 2008-2011, a Vice President at HNTB from 2011 to 2018 and, finally, General Manager and CEO of MARTA since 2018.

The MARTA Board of Directors also announced that Collie Greenwood would serve as interim General Manager and CEO. The Board stated:

“In a unanimous vote, the MARTA Board of Directors has named Collie Greenwood as interim General Manager and CEO of MARTA at a specially called board meeting on Saturday, January 15, 2022, held after the sudden death of Jeffrey Parker.

“An experienced transit professional and former Chief Service Officer with the Toronto Transit Commission, Greenwood joined MARTA in 2019 as the head of Bus Operations and was promoted to Deputy General Manager of Operations last January.

“Jeff Parker has built an incredible team of professionals to lead MARTA into its expansion phase with a renewed commitment to improving the customer experience. As the head of operations, Mr. Greenwood has been central to that work and his appointment ensures continuity of our shared vision.“