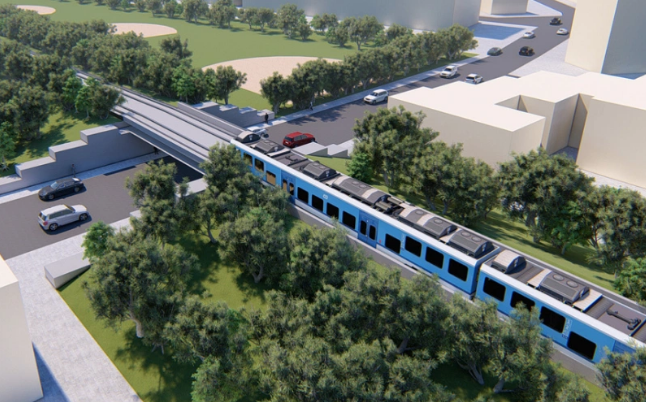 A rendering of the QueensLink route.

The Metropolitan Transportation Authority’s (MTA) estimate for the QueensLink project was fit for a king ... if he ruled the world.

The MTA used SYSTRA Engineering to figure out what it would cost to add subway service to eastern Queens by using abandoned Long Island Rail Road (LIRR) tracks. The price was determined to be $8.1 billion, but a consultant hired by QueensLink supporters found a way to execute the project at less than half the SYSTRA cost—$3.4 to $3.7 billion.

The LIRR tracks cover 3.5 miles and were last used in 1962. The MTA report looked at restoring LIRR service to the existing tracks or using the rail infrastructure to create a north-south link. The QueensLink approach involved using the existing right-of-way for four news stops on the north-south subway route.

SYSTRA’s calculations included costs for things like contractor and contingency fees. Those non-construction costs added $6.3 billion on to the final price. SYSTRA’s method also considered what prices would be like in 2030 instead of during the life of the project.

The MTA did not release the report to the public until 2019, and some observers believe the transit agency went with the $8.1 billion figure as a way of relieving the pressure of executing the project.