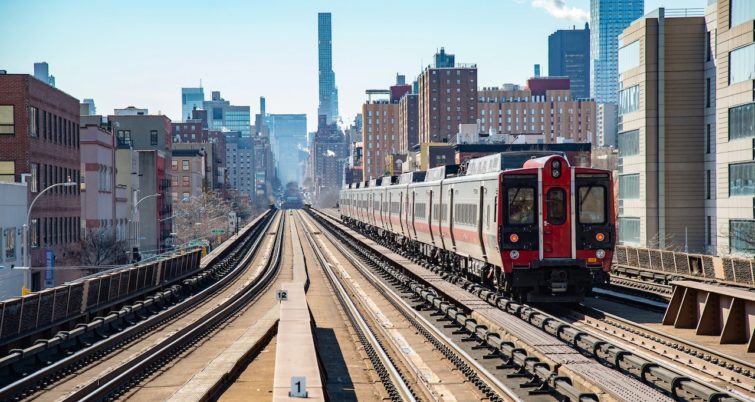 The Metropolitan Transportation Authority (MTA) announced Dec. 21 that it has approved its 2023 budget and four-year financial plan; is taking action to reduce costs of capital projects, including Second Avenue Subway and the Long Island Rail Road (LIRR) Third Track; and is awarding a $382 million contract for the Metro-North Park Avenue Viaduct rehabilitation project.

The MTA Board on Dec. 21 approved the agency’s 2023 budget and four-year financial plan, which “contains a roadmap for the MTA’s longer-term fiscal stability, safeguards essential services, enhances transit equity and provides a sustainable foundation for the region’s continued economic growth.”

The plan, proposed in November, followed recommendations put forward in the July financial plan, which outlined actions from the MTA to shrink its structural deficit from $2.6 billion to $600 million in 2023, and from almost $3 billion in 2024 and 2025, down to $1.2 billion. Starting in 2023, the MTA says it is working to implement operating efficiencies yielding $100 million in savings in 2023 and rising to $416 million in savings by 2026.

According to the MTA, the budget assumes the restoration of recurring biannual fare and toll increases, with 5.5% assumed in 2023. A board/staff fare and toll strategies working group will develop plans for fare and toll changes before the MTA Board takes additional action, the agency added. In addition, the proposed budget also assumes $600 million in additional dedicated funding in 2023 and projects a need of $1.2 billion per year in recurring new revenue beginning in 2024. Absent additional support from either the State, City and/or Federal Government, “it would be necessary to take other actions to achieve a balanced budget, which could include service cuts, staffing reductions, higher fare increases, cancellation of capital projects, and/or the faster spend-down of remaining funds,” MTA said.

In calculating the outyear deficits, McKinsey & Company conducted an updated ridership forecast, released in concurrence with the MTA’s July Financial Plan. In the four months since the forecast’s release, MTA says ridership across its services is “tracking the midpoint projection of the forecast.” The farebox revenue gap based on the McKinsey forecast when compared with pre-pandemic fare and toll revenue projections averages $2.1 billion from 2022-2026. According to the agency, MTA is projected to have a lower than anticipated 2022 deficit, driven by lower than forecast expenses and higher than expected revenues. The outyear deficits exceed the July plan, primarily due to increased pension cost projections.

“I’ve been talking about the financial crisis facing the MTA for many months,” said MTA Chair and CEO Janno Lieber. “The MTA’s plan balances the budget, while also preserving flexibility as to how we get there–with the help and financial support of Washington, Albany and City Hall. Mass transit for New Yorkers is like air and water–we need it to survive. By working with all stakeholders, we must find creative ways to stabilize the MTA’s finances, while supporting the region’s recovery.”

The presentation focused on the MTA’s $55 billion 2020-2024 Capital Plan, which is comprised of 83% core infrastructure and 17% expansion projects. According to the presentation, the cost of core infrastructure projects–which includes track replacement, Americans with Disabilities Act (ADA) accessibility and power substations– “are in line with peer systems in the U.S.,” and MTA expansion projects, such as the Second Avenue Subway, “deliver more value per rider than many national and global peers.”

The presentation highlighted the cost of transit expansion projects, such as Second Avenue Subway Phase 1, which was completed in 2016, and provided a national and international context on the external factors driving costs, as well as the strong per-rider value presented by these expansion projects. According to the presentation, while the $2.95 billion cost per mile of the Second Avenue Subway Phase 1 exceeds that of national and global peers, when factoring in the expansion’s 200,000 daily ridership in the first phase, the $31,000 cost per average daily rider is significantly below projects in San Francisco, London and Los Angeles. On accessibility upgrades, the MTA’s elevator costs on recent ADA upgrades are in line with peer system benchmarks.

Project costs are “driven by the unique constraints of building large capital projects in New York,” MTA says, including factors where MTA has limited control, such as high costs of property acquisition, logistics, utilities, high regional labor and materials costs, operating constraints and regulations, and the necessary scope and design to meet the needs of a 24/7 system with high ridership demands. For Second Avenue Subway Phase 1, these factors alone accounted for 60% of the premium in cost per mile above peer system benchmarks, according to the presentation.

The MTA says it is actively working to reduce costs on all fronts. The implementation of design-build, the reduction in red tape, and appointing dedicated and empowered project CEOs were all proposals from the MTA Board that have been adopted and “will drive cost reduction and efficiencies in future capital projects.” Cost reductions, the agency adds, are also being achieved by reducing unnecessary project scope where possible; for Second Avenue Subway Phase 2, this principle has resulted in a $1 billion reduction in savings. To control regional labor costs, MTA C&D has reached an agreement with union partners on the Park Avenue Viaduct replacement project.

The MTA C&D presentation shared success stories on reducing capital costs on major projects completed in recent years. According to the MTA, strategies to reduce costs have proven successful on recent large-scale projects, including LIRR Third Track, the Penn Station LIRR Concourse modernization project and the Canarsie Tube Train repair project. In 2021, median awarded contracts came in 8% below MTA estimates. “These successful projects represent a roadmap for the future of capital projects at the MTA, with on-time delivery and meaningful cost-containment,” the agency said.

“The creation of MTA C&D was itself a cost containment measure, streamlining capital program functions into one world-class agency and creating the tools to manage projects effectively from start to finish,” said Torres-Springer. “This year, we’ve seen the results of that effort, like the completion of LIRR Third Track on-time and under-budget. New York is an expensive place to build, but MTA C&D is aggressively attacking cost-drivers. We will continue to deliver both core infrastructure and expansion projects better, faster and cheaper.”

Separately, the MTA on Dec. 21 announced that MTA C&D will award a $382 million design-build contract to begin reconstruction efforts on the Park Avenue Viaduct in East Harlem.

The contract, which will be awarded following MTA Board approval, represents the first phase of a long-term project. According to the agency, all Metro-North Railroad trains traveling along the Hudson, Harlem and New Haven lines must utilize the Park Avenue Viaduct to access Grand Central Terminal, totaling 98% of all Metro-North trains. The mile and a quarter stretch encompasses four Metro-North tracks between 110th Street and the Harlem River Lift Bridge.

According to the MTA, to ensure a state-of-good-repair, the project will replace major segments of the elevated steel structure, nearly half of which was first constructed in 1893. The work will include replacing existing structures, tracks, power, communications and signal system from the north side of East 115th Street to the south side of East 123rd Street. The project is expected to reduce local noise and vibration levels compared to those from the existing viaduct by utilizing modern design and materials.

As a part of this project, MTA says it will enter into a Project Labor Agreement (PLA) with the Building and Construction Trades Council (BCTC) of Greater New York and Vicinity, its participating affiliated Local Unions and their members. The agreement–representing the first PLA since the creation of C&D–is a “commitment to working with union partners to improve labor efficiency and reduce costs on capital projects without compromising worker pay or safety,” the agency said. Cost savings are expected through improved work rules, such as unified holidays, 40-hour work weeks, flexible start times and maximum use of apprenticeships, as well as enabling health insurance reforms that provide better treatment of workplace injuries and reduce lost time.

As part of the PLA, the MTA and BCTC are also working together to provide “meaningful training and job opportunities for the residents of Harlem.” With partners in the Apprenticeship Readiness Collective, the MTA and BCTC “commit to providing pre-apprenticeship training for Harlem residents that have real pathways into union jobs created by the construction of the project,” the agency said.

“Hundreds of trains carrying thousands of customers cross the viaduct every day,” said Metro-North Railroad President and LIRR Interim President Catherine Rinaldi. “This multi-million investment in repairing and rehabilitating the Park Avenue Viaduct is essential to the future of Metro-North and to the riders who depend on it.”

“Replacing the Park Avenue Viaduct is essential to Metro-North and the region and C&D is proud to be using innovative new tools to deliver it efficiently and effectively,” added Torres-Springer. “Through MTA C&D’s first PLA, we’ve developed a partnership with labor that will benefit all parties, improve labor efficiency, lower long-term costs, and provide meaningful pathways into union jobs for local residents. Thank you to the BCTC of Greater New York and Vicinity, and the participating affiliated local unions; we look forward to getting the job done together.”