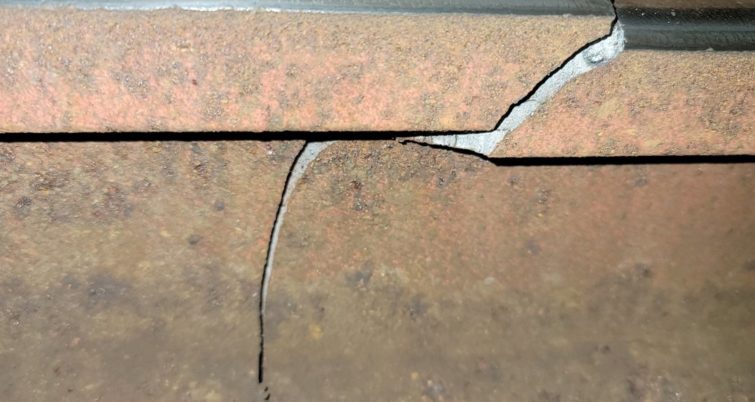 PATCO crews made a “priority track repair” on the rail flaw depicted above during the morning commute on Dec. 13.
Photo courtesy of PATCO via Twitter

Port Authority Transit Corporation (PATCO) crews made a priority track repair in Center City on Dec. 13. The repair took place after a recent scan either did not detect damage on the rails or just before the defect took place, according to a local news report.

Commuters may have experienced delays as trains were single-tracking eastbound and westbound while crews completed the repair, PATCO said.

Personnel used ultrasonic testing to scan the section of track for signs of stress as part of routine maintenance during the previous weekend. The agency said the scan did not display signs of any possible defect.

PATCO said the cause of the defect was not determined immediately but the agency noted that winter temperatures might be the cause, according to NBC.

The affected section of rail was fixed in time for a smoother evening commute, the agency said.

Additional recent coverage of PATCO by RT&S is available here.