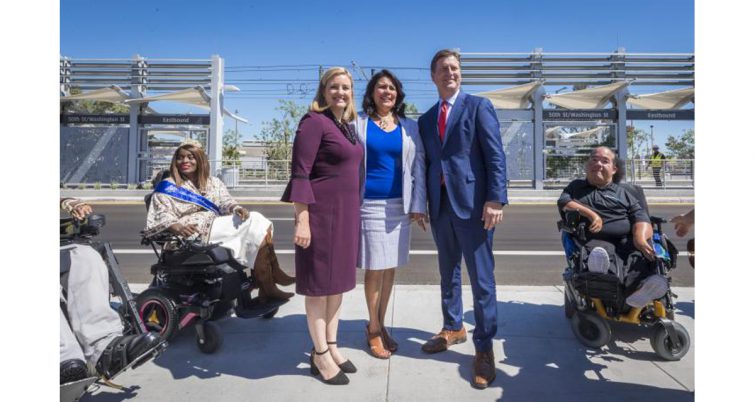 Officials noted that the opening of this station marks many firsts for the authority: the first completed project using voter-approved Transportation 2050 funds; the first new station within the existing 26-mile Valley Metro Rail corridor; being the first station to feature enhanced accessibility features; and being Valley Metro’s first station to have a permanent tribute to Arizona Congressman Ed Pastor.

Pastor was a lifelong advocate for transit and most recently served as chair of the Phoenix Citizens Transportation Commission for Transportation 2050, a statement noted.

The station opened for service on April 25.