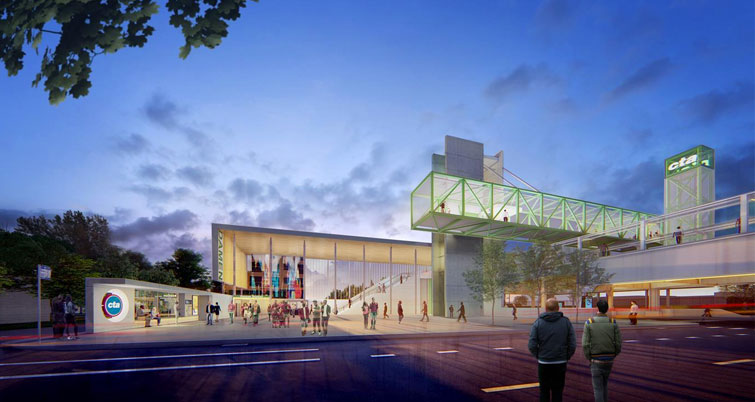 The planned station will be located at Lake Street and Damen Avenue.

“Today the city moves a step closer to building a new community anchor for the residents of the Near West Side,” said Chicago Mayor Rahm Emanuel. “The new station will better serve those who live and work in the neighborhood and will become a gateway to further usher in economic growth for the area.”

The materials and design elements were chosen to improve CTA customers’ experience at the facility and to bring about a long-lasting station with low-maintenance requirements, CTA said.

“CDOT is excited to share the design for the new station with the near West Side community,” said CDOT Commissioner Rebekah Scheinfeld. “This new state-of-the art, multi-modal transit station puts the ease of the passenger experience at the core of its design. It will allow users to seamlessly connect with buses, or to use bikes or walk to nearby destinations.”

A glass bridge at the station is set to enable connections between inbound and outbound train platforms while offering a view of the Chicago skyline, CTA said.

The Damen station will be the fourth new station to be added to the CTA rail system since 2011, and the transit authority said it will serve a Near West Side community that has recently seen a significant jump in residential and commercial growth.

“Investment in new and improved CTA stations has paid great dividends for communities across the City, and that will be especially true here at Damen,” CTA President Carter said. “This new station will provide a new, convenient and affordable transportation option to this community to make it easier for people to get to and from work, school and their other destinations. This new station will make a significant and lasting architectural statement and become a new community landmark.”

In April, CDOT began reconstruction work near the upcoming station to prepare the intersection for the new CTA Green Line station, CTA said. The Lake Street project will rebuild a half-mile stretch of Lake Street from Ashland to Damen.

Design work will continue on the new station while CDOT carries out the reconstruction project on Lake Street, officials said.

Work on the foundation for the new station is set to begin later in 2018, and work on the station house is expected to begin in the spring of 2019. The station is slated to open for service in 2020, CTA said.

The Damen station is being funded through the Kinzie Industrial TIF. 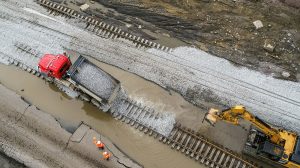