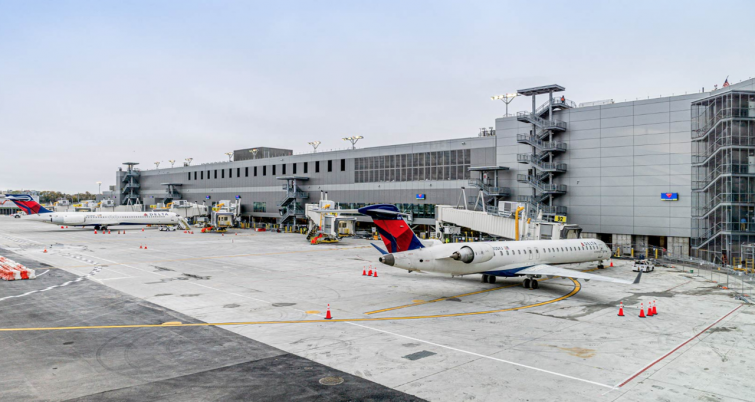 There still is not a direct transit line to LaGuardia Airport in New York.

LaGuardia Airport in New York is part of an exclusive group in the U.S.

It is one of a handful of major airports which do not have rail service.  LaGuardia is not going to join a much bigger group any time soon, as plans for a monorail system have been put on hold.

Politicians have been calling for the project to be cancelled over the last few weeks, even though the Federal Aviation Administration (FAA) reviewed other forms of transportation, including an extension of the subway system, and said the monorail was the best option. New York Gov. Kathy Hochul and Rep. Alexandra Ocasio-Cortez (D-N.Y.) both are against the monorail.

An environmental group also has filed a lawsuit against the $2 billion, 1.5-mile project, which received environmental approval by the FAA back in July. The federal agency recently asked the Port Authority of New York and New Jersey to reconsider its choice of transit. The Port Authority said it was undertaking a thorough review of potential alternative mass transit options to LaGuardia Airport.

The sensitive area appears to be in Queens, where the line would be constructed. Critics have said a monorail would not be much faster than driving. The group that filed the lawsuit does not want to lose parkland even though Port Authority officials said last year that the project would not require the use of public property.