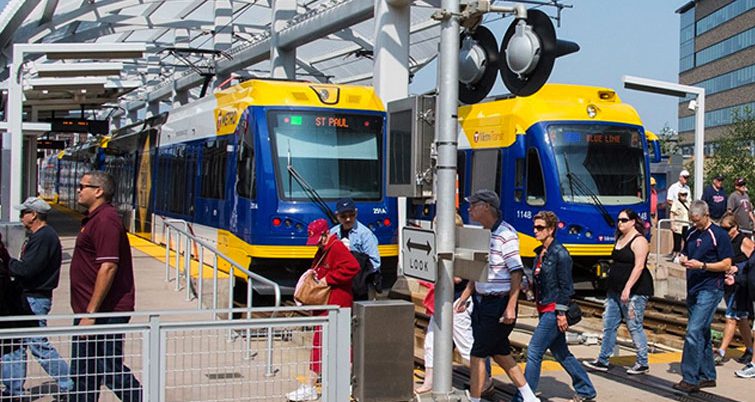 Those in favor of the alignment of the Blue Line extension attempted to persuade those who oppose it during a bus ride on June 29.

In an attempt to ease the tension of the proposed Blue Line extension light rail route approved by the Metropolitan Council and Hennepin County (Minn.) Board, stakeholders went on a bus tour on June 29.

Officials from Crystal and Robbinsdale do not like the proposed alignment, which would run trains right down the middle of County Road 81.

The bus tour discussed the design elements of the extension project. Other design proposals include building a new park-and-ride lot in Robbinsdale and reducing the number of traffic lanes on County Road 81 in Crystal. Crystal wants a study to be done about the traffic lanes to determine if four or six lanes will be appropriate. The concern is between Bass Lake Road and Highway 100, where traffic volumes and patterns are different.