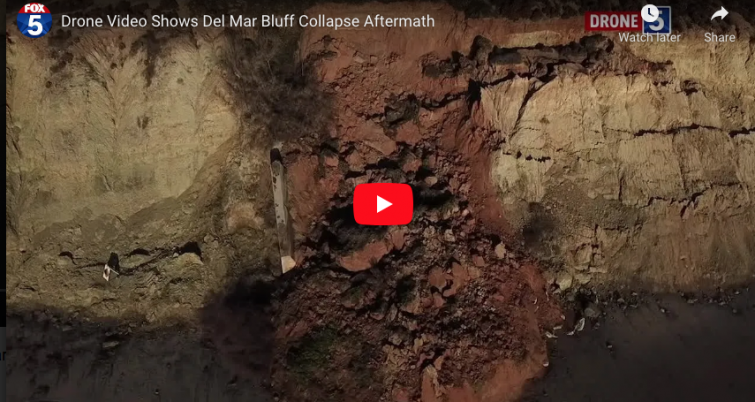 A section of the Del Mar bluffs collapsed recently.
FOX 5

The collapse of the Del Mar bluffs in California continues.

Last week a section of the bluffs failed just south of 4th Street. Geotechnical experts have determined that trains can move along the bluffs safely, but at a reduced speed. People are being told not to sit, stand or walk within 50 ft of the Del Mar Bluffs. Officials from SANDAG, the North County Transit District and the city of Del Mar also do not want anyone walking along the train tracks at the top of the bluffs.

Officials say another failure is possible due to cracks observed at the top of the bluffs.

Several projects have been executed over the last few years to strengthen the bluffs, and work will continue during the next decade. There has been a push to move the tracks underground, but the price of such a project will be in the billions of dollars and construction will not begin for quite some time.