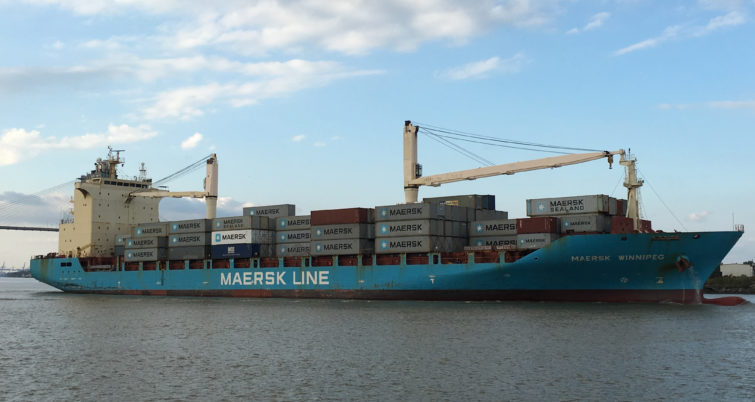 The Jacksonville Port Authority (JAXPORT) announced the completion of the final phase of $100 million in berth enhancements at the SSA Jacksonville Container Terminal (JCT) at Blount Island.

The last stage of the project, the rehabilitation of 700 linear feet of deepwater berthing space, was completed at the end of June in coordination with the recently completed Jacksonville Harbor Deepening Project.

The multi-faceted berth rehabilitation project began in 2016 with the installation of a high-voltage electrical system equipped to power up to 10 state-of-the-art environmentally friendly container cranes, including three already in use and an additional three currently on order by SSA Atlantic.

Subsequently, the berths were reconstructed in a series of four phases. Together, the berth improvements and eco-friendly cranes increase energy efficiencies, reduce emissions from diesel-powered cranes and enhance night-time operations through the addition of high-powered LED lighting. The berths also offer on-dock rail for cargo handling and feature heavy lift capabilities, including one of the nation’s highest weight-bearing capacity docks.

The project was funded 75% by the Florida Department of Transportation with a 25% JAXPORT match.

“This project significantly enhances our deepwater berthing capabilities at Blount Island, maximizing the efficiencies created by the deepening project,” said JAXPORT CEO Eric Green. “We are grateful for the continued support from the State of Florida as we work to build the port of the future and bring more cargo—and the jobs and economic impact it supports—to Jacksonville.”

In addition to the reconstructed berths and new cranes, more than $72 million in phased yard improvements are underway to enable the SSA JCT to accommodate 500,000 TEUs (twenty-foot equivalent units) annually. The yard improvements are funded by SSA Atlantic and a $20 million grant from the U.S. Department of Transportation Maritime Administration (MARAD).

The federal project to deepen the Jacksonville shipping channel to a depth of 47 was completed through Blount Island in May 2022. The project included the construction of a new vessel turning basin that now allows larger vessels calling the SSA JCT to turn around at Blount Island.